Meta Platforms (NASDAQ: META) has seen some choppy trading sessions over the past week as rising interest rates pulled the technology sector lower. Over the past month, the shares lost more than 16%, but it still wasn’t enough to rank Meta among the top losers in the Nasdaq 100 index.

Meanwhile, Brent Thill, Jefferies analyst, was a guest on CNBC’s Squawk Box on September 30, where he discussed the firm’s state and which headwinds will cause pain.

“There is an ad storm coming as it relates to the slowdown in spending, and we’ve been seeing this across the social companies. So you have an ad slowdown, the first thing companies cut when there is an economic headwind. I think the second component is competition.”

“Obviously, there has been a stampede to TikTok; very few 18-25-year-olds are still on Facebook. They stampede over to TikTok and Snap, so I think you also have a competitive issue. So in the interim, you have revenue stalling, big investments going into the Metaverse, operating margins coming down, and then you have the combined effect of no interest in buying technology right now, and that’s a statement across the board.”

Thill also indicated that the firm has recently decided to stall all hiring across the board, suggesting that things may actually worsen with growth ending up negative for the quarter.

Heading into economic uncertainty, things can get much worse for Meta and other tech stocks, especially if rates keep rising.

All in all, according to the analyst, there is more pain in store for tech stocks, but the positive thing that investors could take out of the markets is that the valuation of the former high-flying tech stocks is coming down to more reasonable levels. 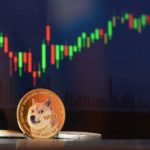