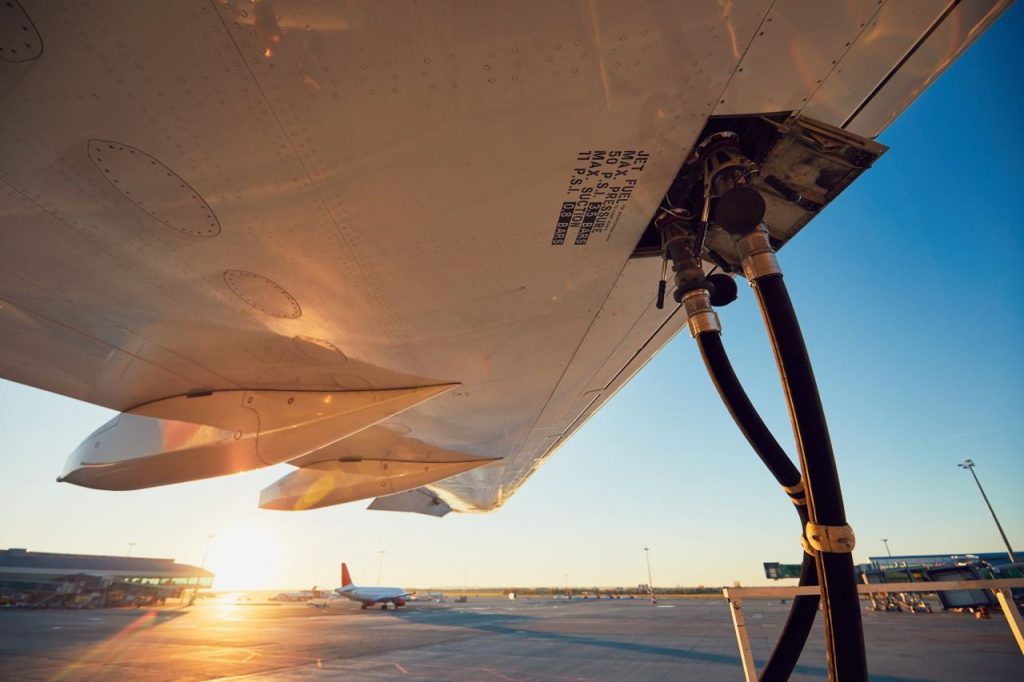 New York harbor jet fuel prices in the physical market have jumped to very crazy prices of $7.5 per gallon or $320 a barrel. This represents an all-time record for the price of jet fuel.

There is likely a distillate shortage that caused this unlikely spike in price. As diesel is still the workhorse of the economy, a lack of it could spell trouble for the global economy and end-users of diesel.

Javier Blas, Energy and commodities columnist at Bloomberg chimed in on Twitter saying:

“In the physical market, New York harbor jet fuel jumps to, well, a very, very, very crazy price of >$7.5 per gallon (that’s ~$320 a barrel). By far, a record high. The world is short of middle distillates, particularly of diesel, and now that’s spilling over into jet fuel.”

“New York Harbor jet fuel prices going parabolic. Seems there’s a distillate shortage. How will this translate to airline ticket prices? To the cost of goods shipped by air? Or will it correct itself before the costs trickle through to normal people?”

Here’s how much Brent crude oil could rise per barrel if EU bans Russian oil Commodity expert warns biggest losers in a stock market drop will be Bitcoin, copper and oil Bank of America warns oil could reach $200 a barrel leading to a ‘very bad situation’

Even before the war in Ukraine diesel inventories had fallen to lower levels than usual, especially in the U.S. and Europe. War is making a bad situation worse since Europe relied on Russian supply to fill the void. This is further exacerbated by the fact that European countries import semi-processed oil that is refined into diesel.

Policymakers are tracking the prices of oil, they should also focus on diesel, if the petroleum markets go down, diesel will suffer the worst fate. Investors should also track oil and diesel metrics to properly predict where these price spikes might lead the economy.

It may be useful to keep a watch on airline stocks as well, given that jet fuel might have a considerable influence on the price of plane tickets as well as the price of products shipped by air.

In a recent report, Finbold identified the top three airline stocks to purchase in April 2022, so it may be worthwhile to keep an eye on them in case a significant shift occurs in either way.