JPMorgan Chase (NYSE: JPM) CEO Jamie Dimon has continued to express his disapproval of Bitcoin (BTC) and other cryptocurrencies after he last year compared Bitcoin to a “Ponzi scheme.”

During an appearance on CNBC’s Squawk Box on January 19, Dimon was questioned about his most recent stance on cryptocurrencies. In response, he asked the panel why they “waste any breath” discussing the subject before taking a dig at the flagship digital asset, “Bitcoin itself is a hyped-up fraud, a pet rock.”

Although talking about the qualities of blockchain and ledger technology that JPMorgan thinks can be deployable as money, he questioned whether Bitcoin really is a store of value or as scarce as it’s supposed to be.

“How do you know it [Bitcoin] is going to stop at 21 million? Maybe it’s going to get to 21 million, and Satoshi’s picture is going to come up and laugh at you all.”

The JPMorgan CEO also admittedly revealed he was ‘not surprised at all’ by the failure and subsequent bankruptcy of FTX, once one of the leading crypto exchanges in the world, ‘I called it a decentralized Ponzi scheme.’

Debated about saying whether cryptocurrency technology itself is a decentralized Ponzi scheme and what happened to FTX are two different things to which he replied.

“You guys have all seen the analysis of Tether and all these things, the lack of disclosures, its outrages. Regulators should have stopped this a long time ago. People have lost billions of dollars if you look at its lower-income people, in some cases retirees.”

“Crypto itself doesn’t do anything. It’s a pet rock, and you can own it all you want. I don’t care about Bitcoin, so we should drop the subject.”

Dimon is known to be a major skeptic of cryptocurrencies, having previously called Bitcoin a ‘fraud.’ Despite Dimon’s criticism of Bitcoin, JPMorgan is actively involved with incorporating blockchain into its services. For instance, the lender has its token dubbed JPM Coin for intraday repurchase agreements. While in December, the bank officially registered a cryptocurrency wallet trademark. 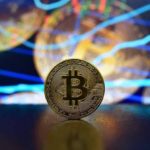