Regulators and politicians contemplating whether or not to step in on cryptocurrencies have failed to answer several fundamental concerns, like how prevalent the ownership of digital assets is and how significant the potential effect on the economy may be.

On Monday, December 12, the JPMorgan Chase (NYSE: JPM) Institute announced the release of new data that was pulled from clients’ activities of the United States’ largest bank.

In particular, the Institute, the bank’s internal think tank, investigated transactions between cryptocurrency accounts and Chase bank accounts. As of June 2022, almost 13% of all households have moved money into or out of a crypto account at least once, an increase from the 3% who had done so before the COVID outbreak.

“The share of the population that have ever transferred funds into a crypto-related account tripled during the COVID-19 pandemic, rising from a cumulative 3% prior to 2020 to 13% as of June 2022.”

Most individuals are testing out crypto

According to the study’s findings, most individuals are just dabbling with cryptocurrency, the median amount that was transferred was only $620, and the vast majority of folks moved less than one month’s worth of their salary into cryptocurrency.

Notably the volume of transactions soared as the price of cryptocurrencies skyrocketed last year. According to the findings of the Institute, the average transaction occurred when the price of Bitcoin was about $43,900. The cost of Bitcoin is now at $17,000.

Based on the findings of the study, Asian millennial males have the highest likelihood of having invested in cryptocurrency. In general, males are more likely to have joined than women are, and within age groups, millennial men are the most likely to have done so. When measured by income, generally speaking, ownership rises as income does.

“Crypto use has increased quickly among U.S. households, but the amounts invested for most people are relatively small. Despite the relatively modest overall exposure, a small subset of the population may have substantial financial risk to further crypto market declines.”

To summarize, a lot more individuals have invested at least part of their wealth into cryptocurrencies and likely lost a lot of it, yet, very few people have significant sums of money at stake. 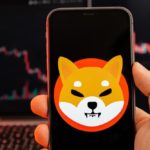