In October 1987, Leland O’Brien Rubinstein (LOR) was accused of causing the biggest stock market crash (or Black Monday) in modern times. On that occasion, the stock market lost over 33% of its value within two months.

On March 9, one market analyst feared that the markets might crash soon. On March 10, economist and analyst Calafia Beach Pundit noted that the stock markets opened about 20% below the all-time high set barely three weeks ago.

The 1987 crash shocked the entire world, although it did not result in a recession. Currently, the spread of the coronavirus seems to be derailing the global economy resulting in massive sell-offs.

In 1987, it seemed like a recession would follow, and the same case is happening currently. March 9’s Vix index did not exist in the 1980s, but the calculations showed that the stock market volatility was at its peak around 100+.

On Monday, the Vix rose to 62. However, it was still considerably lower than the all-time high set at 90 registered in October 2008. For now, the global economy has not yet reached panic levels though it is close with the number of victims succumbing to the virus rising daily.

As scientists strive to develop vaccines and therapeutics, the markets are busy with risk-sharing. Investors willing to move with the downside risk are reaping big while those with low-risk tolerance are exiting with huge losses.

From past occurrences, it is clear that liquid markets absorb shock for the physical economy and for now, the liquidity is yet to dry up. Central banks are offering the needed liquidity with another round of Quantitative Easing appearing on the horizon.

In the current scenario, fiscal policy may prove complex. Thus it is better to let market pricing solve these challenges by putting enough resources to their best and highest use. What happens next is still a mystery, but it is clear the end of the world is not yet here.

The current drop in stock prices appears mild compared to other panic periods, with the short-term interest rates collapsing to almost zero. This indicates that the demand for safe assets is intense.

Notably, the credits spreads had spiked just like it happened when the oil prices crumbled in 2015-16. The market panics that steeply lower oil prices will bankrupt multiple oil producers.

Amidst all that noise, systemic risk is quite low, particularly in the US market. But, liquidity is high, meaning that the markets are not yet freezing as it happened late-2008. Hence, the recession is still not nearing.

The dollar is yet to become excessively weak or worrisomely strong. With oil now cheap, it is good for the consumers but bad for the producers and exporters.

At the open, the Vix surged to 62. Anyone who wishes to minimize risk has discovered that the options on stocks are costly. On the other hand, the market conditions are currently much attractive for those ready to bear the risk. 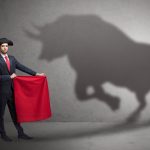