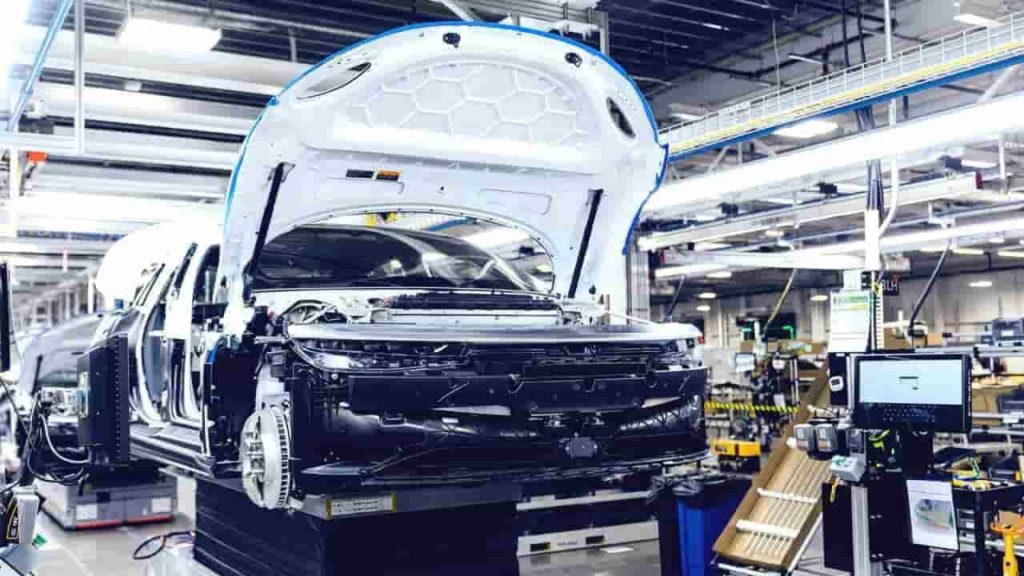 Lucid Motors (NASDAQ: LCID) announced on Tuesday, 28 September, that production of its first cars for customers has commenced, with deliveries expected to begin late next month.

According to the Nasdaq real-time quotes tracker, the news is reflected positively on the stock market as pre-market data reveals the consolidated last sale at $26.9 +2.36 (+9.62%) with a pre-market share volume of 294,780 at the time of publication.

The firm is the first EV start-up to go public via a SPAC deal and build a vehicle to be sold to customers. For Lucid, which launched on the Nasdaq in July and is widely considered a front-runner to overtake rival electric vehicle leader Tesla (NASDAQ: TSLA), reaching this milestone is critical.

A statement from Lucid CEO Peter Rawlinson, a former chief engineer and vice president of engineering at Tesla, said:

“I’m delighted that production cars endowed with this level of efficiency are currently driving off our factory line.”

It is noteworthy that Lucid’s first vehicle is a $169,000 special version of their flagship sedan dubbed the Air Dream Edition, which has an industry-leading range of up to 520 miles. It is anticipated that the V firm would produce just 520 of the Dream Edition vehicles to recognize the EPA record.

Whatsmore, only 48 hours after the electric car company raised the quantity of the highly anticipated Air Dream Edition to 520, the vehicle was completely booked.

The Lucid Air sedan, the car’s entry-level model, begins at $77,400 before a federal tax credit of up to $7,500 for plug-in vehicles is considered. In particular, Lucid claims to have received more than 13,000 total bookings to date for the model.

An official from Lucid said the first cars being built, including Lucid Air Grand Touring versions, will be used in the company’s studios, by sales representatives, and for client test drives.

Lucid informed investors in July that it plans to manufacture 20,000 Lucid Air cars in 2022, earning more than $2.2 billion in sales, according to an investor presentation. As compared to previous electric vehicle start-ups, this is a slower ramp-up.

During a segment of CNBC’s “Closing Bell” on Tuesday, Rawlinson stated:

“Our emphasis is upon quality, delivering an awesome car, a car that our customers will really love, and delivering a luxury customer experience.”

“That takes precedent upon rushing the ramp-up of production in the immediate future, but clearly next year we’re going to ramp things up on an S curve of production.”

Lucid opened a new facility in Casa Grande, Arizona, to manufacture the Air; the plant is currently hosting its Production Preview event, which started on Monday this week.

Furthermore, Lucid is constructing what is anticipated to be a multibillion-dollar complex on a 590-acre site, which will be the first greenfield electric vehicle (EV) factory in the United States. In 2023, the plant is scheduled to begin production of an SUV known as the Gravity.

Watch the video: Lucid Motors has begun production of the Lucid Air