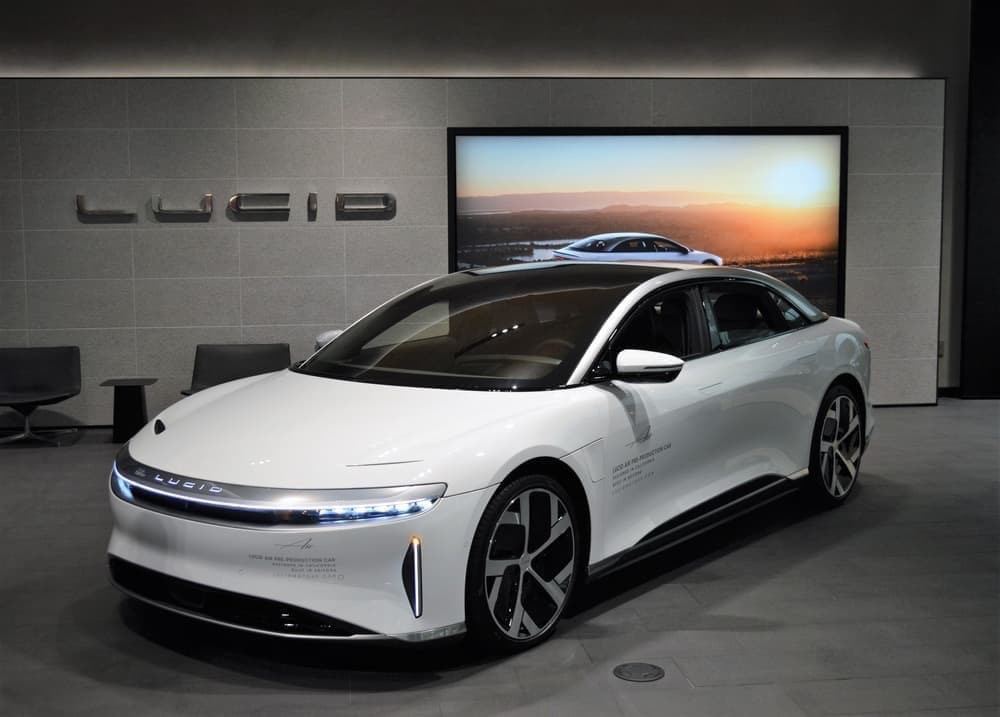 The event marks the agreement on a manufacturing facility with various entities such as the Ministry of Investment of Saudi Arabia, the Saudi Development Fund (SIDF), the Economic City at King Abdullah Economic City, and the Gulf International Bank.

The company stated that the new factory would enable them to address the growing demand of the EV market by producing 500,000 EVs per year in the coming years.

Despite the nasty sell-off evidenced in yesterday’s session LCID shares held their own finishing ‘only’ 2.75% down from where they started the day. In general, for 2022 the shares have been in a downtrend bouncing below all daily Simple Moving Averages.

Elsewhere, analysts give the stock a moderate buy rating, predicting a bullish price move of 120.33% from the current trading price of $17.36 to reach the average predicted price of $38.25 for the next 12 months.

It is estimated that Lucid will reap financing and incentives benefits worth $3.4 billion via this deal over the next 15 years. Peter Rawlinson, Lucid’s CEO said:

“This signing ceremony marks yet another step forward in the realization of Lucid’s mission to inspire the adoption of sustainable energy, and I’m delighted this brand-new manufacturing facility will come to fruition here in Saudi Arabia.”

Saudi Arabia is driving its Vision 2030 agenda to diversify its economy focusing on sustainable development goals of all economic sectors. The grand vision is for the country to reach net-zero carbon emissions by 2060 through a circular carbon economy approach.

“With today’s signing ceremony, we are taking a major step towards Saudi Arabia’s goal of diversifying its economy by creating a new manufacturing hub to spearhead the future of mobility for the Middle East region.”

Global sales of EVs more than doubled in 2021 to 6.6 million according to EV volumes data with estimates that almost a million EVs will be added to fleets per month in the second half of 2022.

Innovations presented by EV companies may shape the future of world economies if they deliver on the promises of long-range net-zero carbon vehicles.