Indeed, the company announced the agreements were signed in a press release on February 28 revealing Saudi Arabia’s Investment Ministry (“MISA”), its Industrial Development Fund (“SIDF”), and its Economic City at King Abdullah Economic City (“KAEC”) had all signed agreements with Lucid that establish the framework for the firm to build a manufacturing facility in the country.

Notably, the company that has been establishing new milestones with the longest range, quickest charging EV on the market. According to the reports, the agreements are intended to speed up Saudi Arabia’s strategic objective of transforming and diversifying its economy via the growth of sustainable energy and transport.

Facility to generate $3.4 billion in value

As a result of Lucid’s first overseas production facility in the Kingdom of Saudi Arabia, the company forecasts that the facility will generate up to $3.4 billion in value to Lucid over 15 years.

“Lucid aspires to be a catalyst for change wherever we go, so it makes perfect sense that we are bringing electric vehicles to one of the world’s biggest oil-producing nations. Establishing a global manufacturing footprint is a practical, natural step and enables us to grow our brand, scale our business, and address worldwide and untapped market demand on an entirely new level, while also taking action to address climate change through inspiring sustainable transportation.”

Before deciding on KAEC in Saudi Arabia as the ideal site and opportunity for its first overseas production plant, Lucid evaluated a number of other options.

Lucid will own the new production facility outright and will be able to supply the rising demand for premium electric cars around the globe. Additionally, Lucid intends to profit from a local supply network that is just getting started and a plant location that makes global logistics easier.

LCID also anticipates obtaining funding for the construction and outfitting of the production plant, as well as for the recruitment and training of automotive workers.

Construction expected in the first half of 2022

Production at the KAEC plant might reach 150,000 automobiles a year at its peak, and efforts to build the facility are expected to begin in the first half of 2022.

Initially, cars will be aimed at the Saudi Arabian market, but Lucid intends to export completed vehicles to other global markets in the future, including special variants that will appeal to the company’s selective clients abroad.

As the company’s major production center, Lucid’s AMP-1 facility in Arizona will continue to serve as a testbed for the Lucid Production System and other manufacturing technologies, which will be perfected in the United States before being deployed at other factory locations.

Finally, despite the positivity around the new international plant, Lucid reported a huge shortfall on profits for the fourth quarter on Monday, February 28, and lowered its production forecast for 2022, causing the company’s shares to tumble in after-hours trading.

Lucid was anticipated to lose 35 cents per share on sales of $36.7 million, according to analysts. Lucid announced a loss of 43 cents per share in the fourth quarter, which was worse than projected. The firm revised the production forecast for 2022, and it is now predicting 12,000-14,000 vehicles, down from 20,000 before.

Nevertheless, Lucid may be the closest competitor to Tesla (NASDAQ: TSLA) among electric vehicle companies in the United States. Earlier this year, Lucid started delivering the $169,000 Air Dream EV, which outperformed the longest-range Model S with a driving range of more than 500 miles. The Lucid Air also went on to receive several awards, including MotorTrend’s 2022 Car of the Year award. 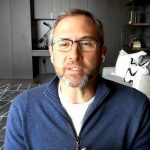