Last week, the Terra (LUNA) token suffered a catastrophic drop that stunned the cryptocurrency world as its stable coin collapsed.

LUNA was established by Terraform Labs in tandem with the algorithmic stablecoin TerraUSD (UST) in order to maintain its $1 peg. Notably, the value of the UST dropped from $1 to $0.15 between May 9 and May 14, seeing an 85% loss in value.

On May 16, it was revealed that the LUNA Foundation had sold 80,082 of its Bitcoin reserves for UST between May 8 and 10, according to a Twitter thread published by the Luna Foundation Guard (LFG).

LFG disclosed that as of May 7, 2022, the Luna Foundation Guard held a reserve consisting of 80,394 BTC, among other digital assets.

LUNA foundation started on May 8

The Foundation started the process of turning this reserve into UST on May 8, 2018, when the price of UST began to decrease significantly below one dollar. This action was taken since the Foundation is a non-profit organization with a primary emphasis on the health of the Terra ecosystem.

LFG was able to do this by immediately executing on-chain swaps and transferring BTC to a counterparty, which allowed them to initiate transactions with the Foundation in large sizes and on short notice.

In accordance with a Master Services Agreement dated January 10, 2022, through which TFL managed and executed all financial, administrative, and operational duties and support as requested, on May 10, when the value of $UST had dropped to $0.75.

In a desperate attempt to maintain the value of the peg, TFL, acting on behalf of the Foundation, carried out the following exchange, among others.

The Foundation intends to make use of its remaining assets to reimburse remaining users of UST, starting with those with the lowest amounts. The LFG is still considering several different distribution options; and revealed more information would be provided shortly. 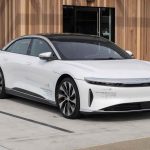