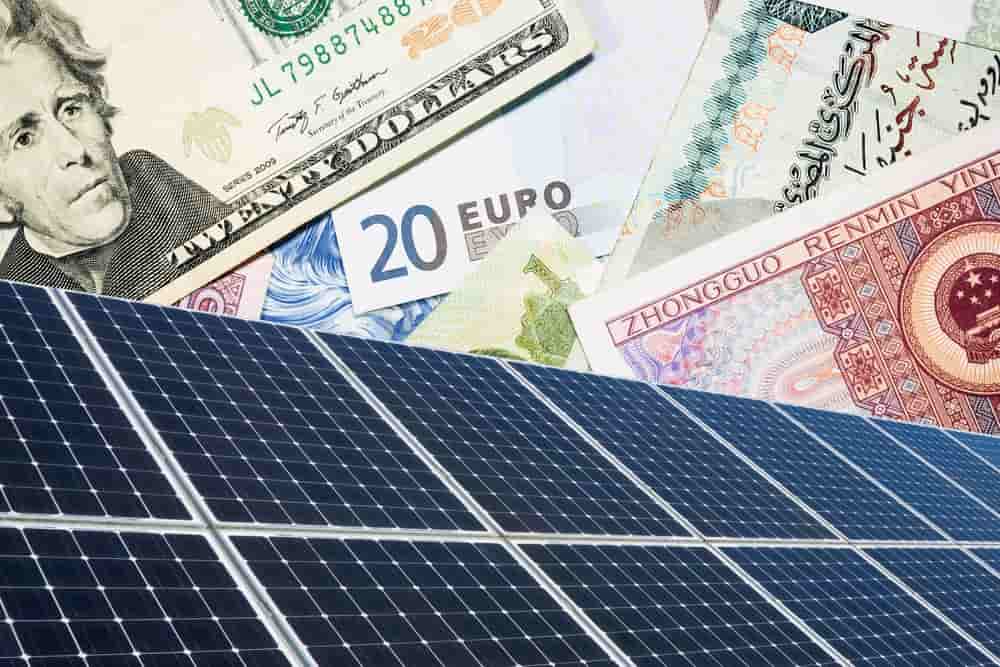 Apparently, nations and companies are preparing for global energy shortages due to geopolitical tensions as current financial trends, commodity price increases, and energy requirements are prompting corporations to invest in renewable energy.

It is worth noting that a whopping 31.3 gigawatts of clean energy has been bought up by corporations in 2021 representing an addition of 10% renewable energy capacity globally by corporations, according to BloombergNEF report.

As per the report, in this record year for renewable-energy investments worldwide, Amazon Inc. (NASDAQ: AMZN) lead the pack accounting for 20% of all investments in 2021.

China is aiming big with energy capacity as well, targeting 3,000 gigawatts to be installed by 2025. Renewables will be a major part of their strategy with estimates that 20% of all energy consumption will come out of renewable energy sources.

With the onset of the unprovoked Russian invasion of Ukraine, a fallout in energy markets was bound to happen further complicating efforts against global warming. However, the European Central Bank claims that its efforts for tackling climate issues have not been derailed.

What does this mean for stocks?

Earlier Finbold reported on three promising stocks that will shine in 2022 and currently all three of those renewable energy stocks which include Enphase (NASDAQ: ENPH), Sunnova Energy International (NASDAQ: NOVA), and First Solar (NASDAQ: FSLR) have been solid performers.

Meanwhile, ETFs and stocks that represent a Portfolio of renewable assets, such as Brookfield Renewable (NYSE: BEP) could be an interesting way to follow increased investments in clean energy.

Brookfield plans on investing $1 to $1.2 billion a year in the next five years to grow its power projects. This type of investment should position them well for the transition period towards clean energy which will likely take more time than optimists initially envisioned.

Another large player in the energy business, but not a pure energy player is Warren Buffett’s Berkshire Hathaway (NYSE: BRK.A).

Berkshire Hathaway had invested over $35 billion into various renewable energy projects over the years. Legendary leadership and piles of cash on hand will enable Berkshire to transition towards green energy much quicker and easier than its competitors.

Overall, investors will be carefully monitoring renewable energy stocks and exchange-traded funds (ETFs) as the protracted war continues to have an impact on global energy markets.