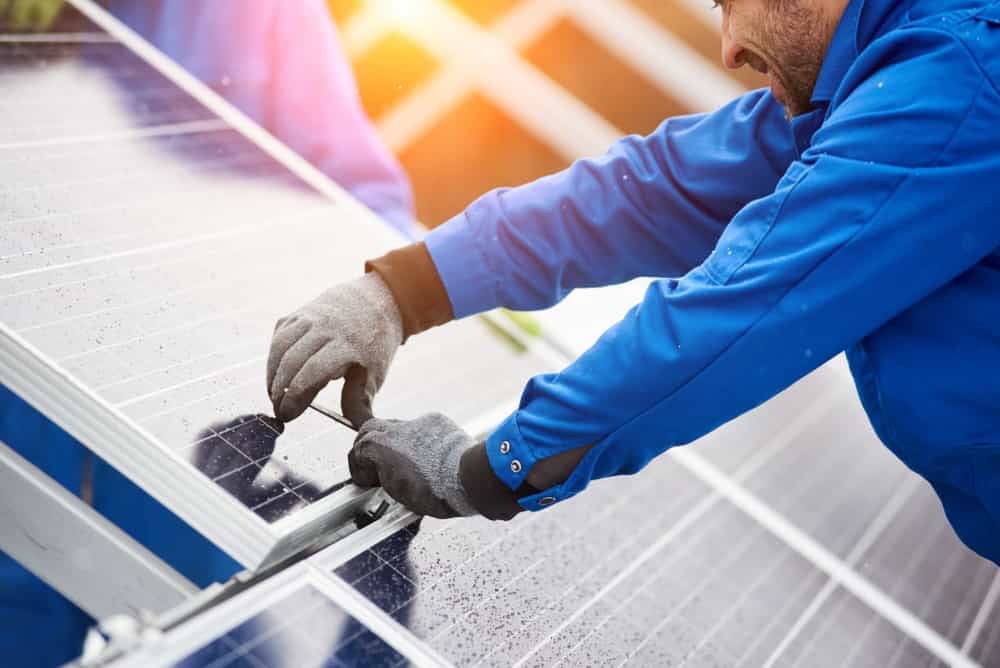 In today’s market, most seasoned investors are aware the global green wave is still a crucial aspect to consider when making investment decisions.

Solar energy stocks are thus likely to be on the radar of astute investors on the lookout for the best environmental stocks right now, especially given the market opportunities due to the volatility in prices witnessed towards the end of 2021.

Investment in renewable energy equities should be attractive to readers looking for a brighter future, regardless of short-term obstacles the stocks have faced. As far as analysts are concerned, sustained development in solar energy is almost inevitable, particularly in light of President Joe Biden’s 2030 carbon-free power objective.

Given the promising future in store for solar power Finbold have highlighted three solar stocks that might see significant growth in 2022, according to Wall Street experts:

Sunnova is a national household solar and energy storage service provider with its headquarters located in Houston, Texas.

In late November, management announced a deal with ChargePoint (NYSE: CHPT), an electric vehicle (EV) charging infrastructure provider. Meaning a customer who purchases the product will have a single installation for both EV charging and solar power.

The firm released its third-quarter numbers in late October; the topline climbed by 37.3% year on year to $68.9 billion in revenue, while the company finished the Q3 with $951 million of cash and available liquidity.

Furthermore, based on the opinion of thirteen analysts offering 12-month price targets for Sunnova Energy International, the highest price target they gave was $65, with $39 the lowest price target, and the average $53.31, a 147.38% upside from the most recent price of $21.55.

Interestingly, all thirteen TipRanks analysts who gave stock ratings for the firm opted to ‘Buy‘ NOVA, with none of the experts advocating to sell or hold the stock giving is a ‘Strong Buy’ rating.

The firm has just negotiated multi-year contracts for their thin-film photovoltaic solar modules with Lightsource bp and the energy behemoth BP (NYSE: BP).

Whatsmore, additional funding has been granted for a $500 million loan for a next-generation panel manufacturing factory in India by the United States International Development Finance Corporation (DFC).

Approximately $1.9 billion in cash and cash equivalents was held at the conclusion of the quarter. The company generated $140.7 million in free cash flow, an increase of $39.1 million over the same time the previous year.

Over the last month, FSLR has been trading in the range between $80.41 and $91.36 due to the recent downturn with solar stocks at the of 2021; it is also currently trading near the lows of this range.

With that being said, First Solar does offer a decent setup opportunity. In the last few days, prices have been consolidating, and the volatility has been reduced, so there is very little resistance above the current price.

In general, five analysts are bullish on the stock’s prospect, with eight opting to ‘Hold‘ and just two recommending to ‘Sell.’

The California-based firm specializes in designing and constructing software-driven household solar energy systems. Solar power production, real-time monitoring, and control software, and in-home energy storage are all examples of this kind of technology it produces.

In all, the business believes that its microinverters are in use in more than 130 countries worldwide, totaling more than 36 million units.

Investing in Enphase Energy (NASDAQ: ENPH) stock may be a good choice for those hoping to capitalize on expanding consumer preferences in the solar energy sector. Enphase has extended its collaboration with GRI Alternatives, a national non-profit that provides green energy solutions to communities around the United States. The existing partnership will help to increase the general adoption of solar energy technology throughout the country.

Both the long and short-term trends are negative. Since the price movement has been a little bit too volatile to find a nice entry and exit point, it is wise to wait for a period of consolidation first before making an entry.

In the last month, ENPH has been trading in a range between $133.66 – $191.31, which is relatively wide, and notably, it is currently trading near the lows of this range. Investors should also be cautious that prices have been falling strongly lately.

Enphase Energy has received pricing forecasts for the next 12 months from 19 Wall Street analysts based on its performance in the last three months.

Based on the company’s performance over the last three months, sixteen TipRanks experts have advised that investors “Buy” ENPH, with another three analysts recommending that investors “Hold” the stock. Notably, none of the experts suggest that traders “Sell.” Overall, the stock has an analyst ‘Strong Buy‘ consensus rating.

The Biden administration hopes to generate 45% of the nation’s energy needs from renewable sources such as the sun by 2050. To put things in perspective, solar energy only accounted for 4% of total power generation in the United States in 2020.

Investors are now spoiled for choice when it comes to potential solar energy applications on both an organizational and consumer level. As a result, solar energy providers may experience an increase in demand for their services due to the growing pressure to reach these objectives.