Official reports released on June 19 confirmed that Facebook Inc has acquired Mapillary, a Swedish mapping technology company. Mapillary collects multiple images from tens of thousands of contributors. They use these images to create immersive and up-to-date maps, according to the companies.

Jan Erik Solem, the Mapillary Chief Executive Officer is also the founder of this MalmÃ¶-based startup. He launched the company in 2013 after leaving Apple Inc in 2013.

Solem said that his company’s technology will come in handy in powering various products like Facebook Marketplace.

Mapillary will also supply data to humanitarian organizations, as reported by Reuters. Earlier, Solem sold Polar Rose, a facial recognition startup, to Apple in 2010. Facebook has confirmed this financial transaction but declined to disclose the terms. 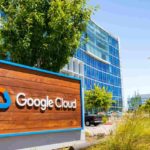 Mapillary strives to offer solutions to a highly expensive problem in mapping: maintaining up-to-date maps with ‘street-level data’ about addresses, signs, and all other information that can be seen on the road.

Major tech companies like Alphabet Inc’s Google and Apple have found a solution for this challenge. They send out fleets of vehicles that are outfitted with cameras and many other sensors to gather images.

On its part, Mapillary crowdsources the images and ingests pictures contributed from smartphones and all other types of cameras. It then uses ‘computer vision’ technology to bind them together into a three-dimensional map.

Most people view that information as essential for the budding self-driving car technology. However, a Facebook spokesman said that it would also enhance Facebook products under development including virtual reality headsets and augmented reality glasses. 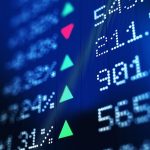