Senator to the federal congress of Mexico, Indira Kempis has proposed a bill that, if passed, would make Bitcoin legal tender in the country and be framed in the monetary law of Mexico.

“It is reformed by addition to article 2 of the Monetary Law of the United Mexican States to read as follows: Article 2 Bitcoin (BTC) will be considered as a legal tender in the Mexican Republic,” says the document introduced to parliament June 28.

Although Kempis presented two proposals for law change to the assembly in April of last year, neither mentioned Bitcoin or any other decentralized digital assets.

In particular, the legislation’s article 2 was the subject of the revision that was being suggested. It was established to “include virtual assets as part of the digital species that may be circulating in the national territory; for this purpose, it establishes that only the central bank can be the one who issues a digital currency.”

Bill to guarantee financial inclusion to all Mexicans

The bill’s provisions are based on the obstacles; Mexican individuals face in gaining access to financial products and education.

Kempis justifies the adoption of Bitcoin in the bill by arguing that about half of Mexicans do not have access to the country’s traditional financial system, which creates an enormous problem for the country.

“It is necessary to carry out actions [adopt Bitcoin] so that the use of technology can promote and guarantee financial inclusion,” she said.

According to Kempis, the fact that 56% of the population in Mexico does not have a formal savings account translates into a lack of confidence and interest in banking institutions so that this section of the population may access a formal financial instrument for savings.

On the other hand, the course of action that the government and the Central Bank of Mexico have taken is in direct conflict with the law that was submitted by Senator Kempis.

In January, the Central Bank of Mexico announced it was working on the creation of a digital peso, its own central bank digital currency (CBDC), and that it was expected to be in circulation by the year 2024 to help Mexicans overcome their difficulties in gaining access to financial services.

In addition, Mexico’s Minister of Finance Arturo Herrera stated in June that the use of cryptocurrencies was not permitted within the Mexican financial system, and he added that this prohibition was not likely to change in the near future.

Herrera stated that this prohibition was not likely to change in the short term after one of the wealthiest individuals in Mexico, Ricardo Salinas Pliego, claimed that he was working to make Banco Azteca the first bank in the nation to accept Bitcoin. 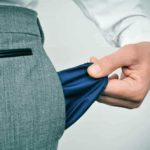