Miami Mayor Francis Suarez has said that the city is working to lower the cost of electricity to entice bitcoin (BTC) miners who are looking for a new home.

His statement came as China imposed stricter regulations against bitcoin mining and trading, setting off the so-called “the great mining migration.” The East Asian nation is home to more than half of the world’s bitcoin miners, but amid the crackdown against individuals and companies mining cryptocurrencies, a mass exodus is already happening.

It is not yet clear where the Chinese miners are going, but Suarez told CNBC that he wants to make Florida an attractive mining hub with his city’s unlimited supply of low-cost nuclear energy.

“We want to make sure that our city has an opportunity to compete,” he said. “We’re talking to a lot of companies and just telling them, ‘Hey, we want you to be here.’”

According to the Bureau of Labor Statistics, the average electricity per kilowatt-hour in Miami costs just 10.7 cents. In comparison, the national average costs 13.3 cents. Suarez attributes the cheap cost of electricity to nuclear power.

“The fact that we have nuclear power means that it’s very inexpensive power,” Suarez said.

Even with the already low energy cost, Suarez said that he is negotiating with the Florida Power & Light Company for solutions to further reduce the price of energy, well aware that miners prefer locations with the cheapest power source to increase their profits.

“We understand how important this is…miners want to get to a certain kilowatt price per hour. And so we’re working with them on that,” Suarez said.

Suarez is one of the most crypto-friendly politicians in the United States. The Republican mayor is promoting his city as the world’s cryptocurrency capital.

“Cities like Miami, we’re trying to attract tech town,” Suarez said in an interview with Reuters. “It’s part of a larger play if you will to position Miami as one of the most tech-forward cities in the country.”

In February, Suarez also proposed that Miami pay its workers and accept tax payments in bitcoin. Previously, he also said that the U.S. needs to mine more bitcoins due to national security reasons. 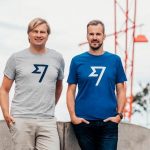