Lynch, who believes Bitcoin has anti-fragile qualities, suggests that the asset mirrors the Kenny character that usually returns to life after dying every episode.

His sentiments come after Bitcoin experienced one of the most volatile weeks this year, losing almost 10% on Monday. However, the asset’s recovery momentum was dealt a blow on Friday in the wake of Chinese authorities announcing a fresh crackdown on cryptocurrency trading.

Speaking during Morningstar’s annual investment conference, Lynch also stated that despite the volatility, Bitcoin is good for investment portfolios.

“I like to say that bitcoin’s kind of like Kenny from South Park – he dies every episode and is back again…I think (Bitcoin) demonstrates some ‘anti-fragile qualities during this period – anti-fragile being something that gains from disorder,” he said.

‘Bitcoin can thrive in most environments’

He further projected that Bitcoin will thrive in most environments while stating that some people are considering the asset digital gold.

Lynch added that policies from the Federal Reserve to cushion the economy against the effects of the coronavirus pandemic have been supporting Bitcoin’s growth. He suggested that Bitcoin can thrive amid the low-interest rates environment and the debasement of the dollar.

While Bitcoin was eyeing the $45,000 mark, the asset has corrected trading at $42,300 by press time in the wake of the Chinese move. Interestingly, the gains in Bitcoin pushed the market cap of cryptocurrencies to hit $2 trillion at some point. However, the market wiped off $100 billion in minutes.

Notably, like Lynch, other market analysts believe that Bitcoin will survive any correction emanating from regulatory action. According to the author of ‘The Bitcoin Standard’ Saifedean Ammous, despite China’s increased crackdown on Bitcoin, the asset’s long-term prospects are still intact. 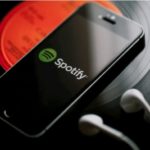