For the next three seasons, the Austrian Grand Prix will be sponsored by CryptoDATA Tech, a Romanian firm that develops hardware and software cybersecurity solutions based on blockchain technology.

The Grand Prix of Red Bull Ring – Spielberg, will be formally known as the CryptoDATA Motorrad Grand Prix von Osterreich, as CryptoDATA Tech will take top billing at the Grand Prix as a title sponsor, as per a press release by MotoGP on July 25.

In particular, the crypto tech firm offers products and services with distinctive cybersecurity characteristics suitable in a variety of fields owing to the integrated features based on blockchain tech and encryption while also being eco-friendly.

“We are incredibly pleased to start our partnership with Dorna Sports as we become the first Romanian company to take over title sponsorship for Grand Prix events.”

“We want to show that blockchain technology can power positive initiatives for environmental change, for people, and the motorsport community on and off track, as it represents one of the most transparent and secure technologies with high applicability in various fields outside the crypto sphere.”

Notably, Cryptodata Tech caters not only to the requirements of its business partners but also to those of users of technology all over the globe by developing individualized products.

Chief Commercial Officer at Dorna Sports, Manel Arroyo, who announced the move together with CryptoDATA, noted that because MotoGP is founded on development and innovation, the collaboration is well suited to the sport.

“We’re delighted to announce CryptoDATA as the title sponsor of the Austrian Grand Prix for the next three editions. MotoGP is grounded in innovation and invention, making this the perfect partnership,” he said.

Given that CryptoDATA Tech protects personal information and digital privacy on a global scale using blockchain technology, it enables private and secure communication between users and, consequently, amongst motorsport fans. 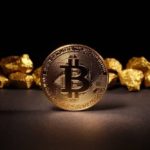