The rehabilitation trustee of the defunct Japanese cryptocurrency exchange Mt. Gox has released an update on the client compensation plan.

An announcement from the trustee, Nobuaki Kobayashi, notes that a Tokyo court allowed creditors to proceed with the vote on the refund plan.

The February 25, 2021 statement confirms that the Tokyo District Court ruled that there was no reason to stop the rehabilitation plan filed on December 15, 2020.

According to Kobayashi, the court issued a greenlight for the compensation timeline alongside the refund roadmap after a review.

The announcement adds that holders of voting rights will be determined on March 24, 2021. Elsewhere, September 10, 2021, is the deadline for notice of non-uniform exercise of voting rights.

The exchange seized operation in 2014 after losing 850,000 Bitcoins in a high-profile hacking incident. At the time, crypto exchange Mt.Gox revealed that about 750,000 Bitcoins belonged to customers while the remaining 100,000 were its own. The platform later claimed recovery of 200,000 Bitcoins.

Following the hack, the court appointed Kobayashi to oversee the reimbursement process to compensate almost 24,000 victims. The trustee is reportedly holding 150,000 Bitcoins worth about $7.4 billion at current market prices.

Worth noting is that the repayment process began several years ago, but creditor payments are pending. 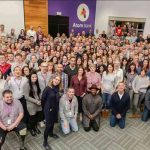 Atom bank to raise £40M ahead of possible IPO