Creditors from the defunct crypto exchange Mt. Gox will have to wait longer before receiving their funds after the platform’s appointed trustee announced key deadline extensions to the compensation timeline.

In particular, the Mt. Gox creditor registration deadline has been extended from January 10 to March 10, 2023, after obtaining permission from the court, the trustee Nobuaki Kobayashi wrote in a letter on January 6.

Furthermore, the distribution deadline has also been pushed back a further two months from July 31 to September 30. In the letter, the trustee pointed out that the decision was due to what he termed ‘various circumstances such as the progress by rehabilitation creditors in respect of the Selection and Registration.’

Notably, the January 10 deadline set in October 2022 was meant to allow former customers to select a preferred payment system. Some of the payment methods fronted by the trustee include bank remittance, fund transfer service provider, cryptocurrency exchange, or custodian.

It is worth mentioning that before the collapse in February 2014, Mt. Gox ranked among the leading Bitcoin (BTC) exchanges globally. The platform’s troubles began after losing about 850,000 Bitcoin worth around $500 million at the time to unknown hackers.

The incident affected about 24,000 creditors, with reports indicating that only 150,000 of the stolen Bitcoin had been recovered. Currently, the Mt.Gox incident ranks among the top ten cryptocurrency-related heists of all time, as per Finbold’s research.

At the same time, after the compensation plan was rolled out, there were fears that the move would destabilize the market if the former customers decided to liquidate. However, the speculation was dispelled due to different factors, like the debtor opting for different payout methods. 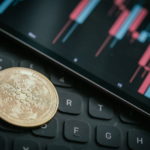