As the uncertainty in the cryptocurrency market continues, caused in large part by the collapse of the crypto trading platform FTX and the subsequent sell-off, some digital assets are still going strong, including crypto lender Nexo (NEXO).

Indeed, despite the uncertainty, Nexo’s native token has been recording advances on both daily and weekly charts, leading the top 100 cryptocurrencies in 24-hour gains, as per CoinMarketCap data retrieved on December 8.

As things stand, Nexo’s market capitalization currently amounts to $374.48 million, positioning it as the 81st-largest decentralized finance (DeFi) asset by this indicator, according to CoinMarketCap data.

Why is Nexo advancing? 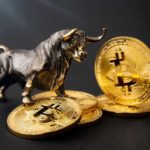 Notably, Nexo has been recording gains since the announcement that it was planning to slowly withdraw from the United States over the coming months, after “more than 18 months of good-faith dialogue with US state and federal regulators which has come to a dead end.”

As the platform further explained in its blog post:

“It is now unfortunately clear to us that despite rhetoric to the contrary, the US refuses to provide a path forward for enabling blockchain businesses, and we cannot give our customers confidence that regulators are focused on their best interests.”

That said, the company assured its customers that their access to assets will remain uninterrupted and that its payment specialists will continue processing withdrawals in the meantime.

At one point in August, the Nexo token was also recording the best daily performance among the top 100 cryptos, thanks to its development team discussing the strategies for the then-upcoming Ethereum (ETH) upgrade Merge, indicating it was on board with the network’s transition to the Proof-of-Stake (PoS) algorithm.