Indeed, Trenchev said Bitcoin could surge above $100,000 “within 12 months” in an interview with CNBC, although he expressed concern about Bitcoin’s short-term prospects.

Nevertheless, he did not rule out that Bitcoin may fall in line with regular financial markets as the Federal Reserve begins to unravel its huge monetary stimulus program.

But, he said, a “crash” in the stock market would almost certainly result in the Federal Reserve going “back to easing in no time.” This, in turn, would provide more impetus to cryptocurrencies. 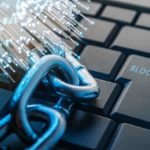 According to Trenchev’s projection, Bitcoin’s price would have to more than double this year. Currently, Bitcoin is trading at $41,035, up 3.07% in the previous 24 hours and down 6.06% in the last week, according to CoinMarketCap data.

Trenchev forecasted in January 2020 that bitcoin’s price would reach $50,000 by the end of the year. “Everyone was laughing me out,” he recalls.

The Nexo founder’s prognosis for 2020 did not come to pass. Bitcoin only managed to reach a peak of little more than $29,000 throughout that year. Nonetheless, the cryptocurrency finally crossed that $50,000 threshold in February 2021.

Cheap money is here to stay

It’s worth mentioning that back in February, Trenchev first mentioned that cheap money is here to stay, discussing the Federal Reserve’s (Fed) planned rate increases.

“My take is that cheap money is here to stay, and this is very good for assets such as crypto,” the Nexo founder revealed.

What’s more, this is not the first instance Mr. Trenchev predicted Bitcoin would reach $100,000, earlier this year, he said he was “Bullish” on the asset and called it “gold 2.0.”

“We see institutional adoptions persevere quietly companies building out their treasuries filling it with Bitcoin.”

Crypto proponents claim that the market has matured and that there is adequate liquidity in the marketplace, with large Wall Street organizations flocking to digital assets.

Most notably,  Goldman Sachs announced it is set to start offering its first investment vehicles for Bitcoin and other cryptocurrencies to its clients in the second quarter of 2022. 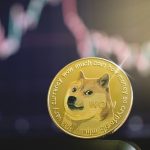 Elon Musk launches a $43 billion hostile takeover of Twitter; How will Dogecoin react?