Despite the volatility in the cryptocurrency sector and fears of market-wide difficulties, a new report has offered concrete evidence that crypto startups have found fertile ground for growth in the Asia Pacific.

Indeed, a joint study carried out by Canada’s accounting giant KPMG and international banking corporation HSBC titled ‘Emerging Giants in Asia Pacific,’ has shown that a quarter of all businesses in the region are related to crypto due to the fast-growing fintech adoption and the fact that “considerable interest has also shifted to cryptocurrencies.”

In terms of the top 20 industry subsectors, blockchain companies were the strongest in numbers, especially non-fungible token (NFT) and decentralized finance (DeFi) startups. Among the 6,472 players, the study identified 1,130 emerging NFT giants and 650 emerging DeFi mammoths.

With these results, the NFT and DeFi subsectors have beaten fields, including the electric vehicle (EV) charging infrastructure, quantum computing, robotic process automation, small satellites, Internet of Things (IoT) security, and others.

As it happens, the report recognized the growing adoption of digital assets across the Asia Pacific region, noting that:

“Although crypto trading is not currently allowed in Mainland China, crypto adoption has surged in Hong Kong SAR and Singapore, as well as some emerging markets, including India and Vietnam.”

Referring to the ‘2021 Chainalysis Global Crypto Adoption Index’, the report said that crypto transactions had increased eight times in comparison to the year before, accounting for 14% of the global transaction number.

As the report stressed, this led to the creation of two crypto unicorns:

“One outcome was the creation of two unicorns – Amber Group in Hong Kong and Singapore’s Matrixport, both crypto financial services providers.”

Mainland China has the most emerging giants

Among the studied startups, the report identified ten leading Emerging Giant companies in each of the 12 observed markets, as well as five that had the potential to become unicorns or private startup companies valued at over $1 billion.

The highest portion of the identified 6,472 startups hails from Mainland China with 32.8%, followed by India with 30.1%. In the third place is Japan, which is home to 12.7% of such businesses.

Whether the leadership role of Mainland China in regional technological innovation will affect its government’s attitude toward crypto and motivate it to reverse the ban on crypto trading and mining cryptocurrencies like Bitcoin (BTC) remains to be seen. 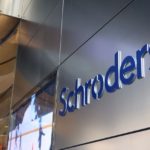