North Korea is in the lead when it comes to cryptocurrency criminality worldwide, through a string of successful cyberattacks, an army of around 7,000 cybercriminals was able to generate money for the Democratic People’s Republic of Korea (DPRK).

There have been over 15 recorded occurrences of crypto crime in North Korea, and the revenues are estimated to be $1.59 billion dollars on the low end, according to a worldwide crypto crime ranking report released by Coincub on June 27.

The United States of America is in second position owing to the magnitude of its shadow crypto economy as well as a slew of high-profile scams that have been perpetrated there. In the United States, there were 14 verified cases of traceable crypto crime, and the total profits were more than $2 billion.

The enormous volume of ransomware that originates in Russia earns that country the position of third worldwide.

Malware families with notorious reputations, such as Conti, REvil, Ryuk, and Netwalker, all trace their roots back to this nation. The report also suggests that it’s not uncommon for the Kremlin to show tolerance, if not open acceptance, for organized gangs of computer criminals.

China is the most profitable country for fraud

China ranks fourth in terms of crypto crime this is due to large-scale fraud, hacking of crypto exchanges, and Ponzi schemes. Additionally, China is the most profitable country for fraud, accounting for 18% of the total amount of crypto crime worldwide.

The United Kingdom comes in at number five on this list owing to the high number of cyberattacks and fraudulent schemes that have been committed inside its borders.

The UK is a worldwide hotspot for crypto fraud because of its lax corporate regulations, which make it easy for fraudsters to conceal the origin of money and where they are going. Just in the year 2021, there were 7,118 instances of crypto fraud documented.

The remaining five countries on the list for crypto crime are as follows: Japan, Hong Kong, Canada, the British Virgin Islands, and Seychelles.

In spite of cryptocurrency’s image of being associated with illegal activity, research suggests that the cryptocurrency economy is actually quite law-abiding.

“While crypto fraud reached an all-time high last year it still represents a small part of the total crypto market at 0.15%. In comparison, criminal activity makes up 2-5% of the world’s GDP. It’s clear that crypto transactions are not disproportionately related to illicit activities. Nevertheless, people still need to be vigilant about crypto crime by observing security best practices.”

As shown by a recent attack on blockchain bridge Horizon that cost $100 million, crypto crime is still a real concern in the modern world. 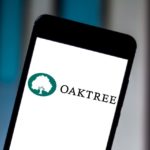