The number of active Cardano (ADA) pools continues to rise in anticipation of the upcoming Vasil hardfork.

Investors are anticipating not only a price rise but also a general improvement to the ecosystem as a whole, which is one of the reasons why the number of active pools continues to expand as traders aim to capitalize on both of these developments.

According to data acquired by Finbold on May 30, there are 2,988 active pools on the network, just twelve short of 3,000 at the time of publication, as per data from PoolTool, a Cardano data aggregation tool for the largest Proof-of-Stake (PoS) digital asset.

It is important to point out that users may build “pools” outside of the main crypto exchanges. Anyone is free to start a new pool, so long as they have enough amount of ADA coins to start off with (pledge).

In addition to this, anybody may contribute ADA coins to any pool as long as they do so before the pool reaches its maximum capacity. An incentive pool must create blocks to be eligible for a reward. Only then will it be considered, so delegators thus need to be well informed.

The aim of the update is to grow the Cardano protocol and significantly increasing its transaction throughput and, with it, volume and liquidity.

The solution to this issue is called “diffusion pipelining,” and it involves boosting the budget and enhancing the consensus layer in order to permit quicker block propagation and validation times. While the consensus rules remain the same, this implementation enables the use of bigger blocks, resulting in greater transaction throughput. 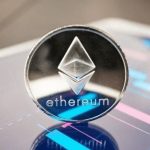