A new research has highlighted the number of cryptocurrencies that have failed to live up to the expectation since going live amid the prevailing 2022 bear market.

In particular, about 951 cryptocurrencies listed on pricing site CoinGecko across 2022 have been declared ‘dead’ or ‘failed coins’, a new research published on November 29 indicates.

In determining the dead coins, the study noted that it reviewed cryptocurrencies that may have been off the site due to a shortage in trading activity within the last two months. At the same time, the tokens were rendered dead after being deemed a scam or requests for deactivation.

According to the study, the 2022 figure of dead coins represents a significant drop from 2021’s value of 3,322. Notably, over the last nine years, 2021 registered the highest number of dead coins amid the prevailing bull market.

The rise of meme coins

The research pointed out that the high number of dead coins in 2021 can be tied to the influx of meme coins into the market. Notably, most meme coins lacked significant value with anonymous developers alongside needing more significant commitment to developing them.

Following the success of meme coins such as Dogecoin (DOGE) and Shiba Inu (SHIB), most entities attempted to replicate the success. Interestingly, the researchers noted that excluding the 2021 growth, the number of dead coins averaged 947 between 2018 to 2022.

Despite the 2022 bear market, a previous Finbold report indicated that more cryptocurrencies emerged hitting the 22,000 milestone on CoinMarketCap.

Overall, crypto proponents have maintained that as the sector matures, the number of dead coins should increase. A consensus is that once the industry matures, assets with minimal utility will likely be wiped out. 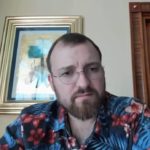