The rise in popularity of the meme-based cryptocurrency Dogecoin (DOGE) last year converted a lot of regular retail investors into millionaires.

However, despite the rise of the DeFi assets and the number of millionaires has declined considerably since the start of 2022. Using a web archive tool, Finbold was able to determine that, on January 1, there were 1,341 DOGE millionaires compared with 646 Dogecoin millionaires on May 27.

Notably, the decrease in just less than six months was a 43.03% drop based on the statistics taken from cryptocurrency data tracking platform BitInfoCharts.

It is important to note that the initial resurgence of meme-based cryptocurrency resulted in the doubling of the number of millionaire investors in the asset within two weeks between April 23 and May 4, 2021, with the latter having a number of 2,866 Dogecoin wallets, each having a value of at least $1 million.

This indicates that the percentage of millionaires has decreased by 77.45% since DOGE was trading near its peak.

DOGE in the broader crypto market

Recently, the global crypto market has been facing plenty of downwards pressure, and Dogecoin, like many other altcoins, has been impacted heavily by the fall of Bitcoin.

The situation hasn’t been improved by the co-founder of Dogecoin, Billy Markus, who faulted most crypto investors for lacking basic knowledge about the general market.

Notably, in a series of tweets earlier this month, Markus asserted that 70% of people in crypto have “absolutely no clue” and lack an understanding of market fundamentals.

In spite of the reasons that led to the development of Dogecoin, the cryptocurrency has been a huge success, garnering the interest of millions of investors and even notable figures like Elon Musk.

The most recent data suggests that the coin’s popularity has not diminished despite the fact that its rate of growth has slowed. According to a report by Finbold, data provided by Google Trends indicates that searches for Dogecoin are the most popular search in the United States. 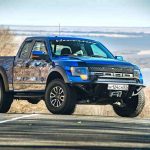