While the cryptocurrency market is struggling with another red wave, its second-largest asset – Ethereum (ETH) – is recording a dramatic drop in the number of new addresses created per day, signaling a possible price correction.

Indeed, over the previous 24 hours, the number of new Ethereum addresses created daily has declined by over 50%, as crypto trading expert Ali Martinez explained in his tweet on September 28.

According to Martinez, such a decline in ETH address creation could indicate a significant price decrease in the near future, as he explained that:

“Generally, a steady decline in the number of new addresses created on a given blockchain leads to a steep price correction over time.”

Other predictions for Ethereum

Meanwhile, the crypto community at CoinMarketCap anticipates a bullish price for Ethereum by October 31, 2022, estimating it would trade at a median price of $1,578 with 2,244 cast votes as of September 27.

Elsewhere, Google search interest in selling Ethereum has increased by 16% over the past year, in tandem with this selling interest, the banking giant JPMorgan Chase (NYSE: JPM) has voiced doubts concerning the Ethereum network’s future after the Merge upgrade.

At the same time, 51% of Ethereum holders were in profit in late September, while only 46% were in loss, thanks to the decentralized finance (DeFi) token having a bullish outlook amid network upgrades, as Finbold reported.

The market capitalization of one of the top crypto assets by this indicator at press time amounted to $158.72 billion, according to data retrieved from CoinMarketCap. 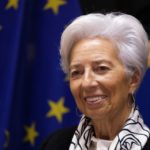