The recent growth of the stock market amid the pandemic has propelled institutions like the New York Stock Exchange to surge in value to the point of surpassing the United States economy.

Data acquired by Finbold indicates that the $25.62 trillion market capitalization of the New York Stock Exchange (NYSE) is higher than the United States GDP of $21.67 trillion. The market cap is the latest available data from February 2021 based on World Federation of Exchanges figures. The GDP data is as of April 2021 provided by the Congressional Budget Office.

The pandemic’s role in the stock market cap surge is exhibited when comparing the NYSE’s value between February 2020 and February 2021. Last year, NYSE’s market capitalization was $15.54 trillion while the GDP was $21.84 trillion.

Elsewhere, Nasdaq-U.S., the second-largest exchange globally, has a market cap of $19.51 trillion. Cumulatively, both Nasdaq and NYSE have a market capitalization of about $45.13 trillion, which is at least two times higher than the U.S. GDP. Furthermore, the value of the two equity markets highlights the strengths and growth of the U.S. private sector compared to the economy.

As highlighted, the stock market hit a new high amid the health crisis, and the NYSE also grew by being the largest exchange globally. Interestingly, at the onset of the pandemic, the stock market plunged to historical lows as panic swept among investors coupled with economic shutdowns imposed before a historic recovery.

NYSE benefitted from the recovery thanks to massive amounts of stimulus support from the Federal Reserve and Congress, limiting how far stocks fell. The support acted as a buffer while offering an opportunity for growth. Additionally, the NYSE hosts some of the biggest companies known for massive corporate profit margins. For instance, the exchange is home to some leading tech companies that led the stock market rally. The sector helped people manage the pandemic by offering entertainment and working from home solutions amid the lockdowns.

As the stock market surged, there was also a massive boom in initial public offerings, with NYSE hosting some of the largest IPOs. Most companies took advantage of Special Purpose Acquisition Companies (SPACs) to join the market and increase the valuation.

The high valuation of the U.S. equity markets reflects our previous research findings that show that the country controls 55.9% of the world’s total stock market value. Japan comes a distant second at 7.4%, followed by China at 5.4%. The United Kingdom ranks fourth with a share of 4.1%.

All odds against economic growth

Other contributing factors entail the rise of momentum trading and a surge in individual investors who took advantage of the lows with the hope of profiting in the future. Elsewhere, the stock market growth meant that the GDP would stall. The mismatch between the NYSE market capitalization is astonishing. While the stock market was hitting new levels, all odds were against economic growth.

The U.S. economy suffered its most significant losses. The pandemic shattered consumer and business spending while the economic recovery was threatened by a series of new infections that saw authorities shut down economies.

However, the economy’s prospects might change with continued recovery due to the ongoing vaccination. Notably, the GDP has a long way to go in suppressing the entire equity market value. 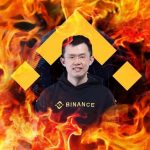