Special Purpose Acquisition Companies (SPACs) have witnessed exciting growth in 2020 based on investments from different quarters. SPACs are typically shell companies without actual commercial operations but are created to raise capital through an initial public offering (IPO) to acquire an existing private business. 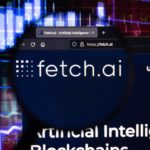 2020 has been a tremendous year for SPACs, mainly due to the coronavirus pandemic that crippled the global economy. The pandemic resulted in massive uncertainty in the worldwide market. This year, with the uncertainty of raising money through the traditional means, was also uncertain. In this case, SPACs have found a perfect role to inject more funds into capital-starving companies. The unique position held by SPACs has seen sovereign funds make a bet in the sector.

The SPAC founders have attractive upside potential for a relatively small investment of capital along with a significant number of warrants purchased in a private placement. With the entrance of leading sovereign funds into the SPACs space, the sector is becoming more established.

In general, the highlighted Sovereign Wealth Fund are state-owned investment funds that invest in real and financial assets like stocks, bonds, real estate, and precious metals. SWF is created for various reasons, like being utilized during harsh economic times, as witnessed in 2020. Most funds took advantage of the uncertain period to help companies maneuver the 2020 crisis through SPACs.

Most sovereign funds seek to cash on the fact that SPACs are products of volatile times. They are often faster and more straightforward than a traditional IPO and offer investors some flexibility regarding whether they want to cash out or keep shares with the company. This flexibility gives sovereign funds a perfect opportunity to expand their returns.

SPACs have continued to attract attention because the traditional IPOs have faced scrutiny based on how they are priced. Notably, going public with a formal IPO is an expensive and extensive process. Part of that process is when bankers price the IPO, and then a block of shares are sold at the set price to institutional investors. 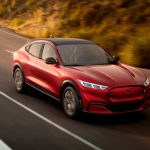