Mike Novogratz, the CEO of cryptocurrency investment firm Galaxy Digital, has suggested October might experience some reversal for stocks amid the ongoing Federal Reserve (Fed) interest rate hikes in an attempt to contain the skyrocketing inflation.

According to Novogratz, the first few days of October have shown positive signs as the market continues to face instability, he said during CNBC’s Squawk Box show on October 4.

“I think October is going to be a reversal month, right? You’ve already seen the first two days, you know, yield much lower, stocks much higher. But that doesn’t make the imbalances go away,” he added.

At the same time, Novogratz said the Fed is likely to remain hawkish, and considering there is still a lot of instability in the market, the central banking system might react similarly to the Bank of England (BoE).

Notably, BoE, in a rare intervention, opted to focus on large-scale purchases of British government bonds to stabilize the market. Previously, the institution had raised rates by five basis points, the highest since 2008.

“The Fed is certainly going to raise rates a few more times. The market has sniffed out that if the world starts breaking, the Fed will have to react the same way the BOE reacted,” said Novogratz.

Overall, the rising inflation and Fed tightening policies are taking a toll on equities and the cryptocurrency market. However, there are no signs the Fed intends to lower interest rates since such a move will likely hurt efforts to fight then skyrocketing inflation.

It is worth noting that Novogratz, also a crypto bull, pointed out that the prospects of assets like Bitcoin (BTC) are directly linked to the Fed’s actions. As reported by Finbold, the former hedge fund manager expressed skepticism that Bitcoin will have a soft loading amid the ongoing rate hikes.

Despite the correction, Novogratz has maintained that Bitcoin will likely trade at $500,000 within the next five years. However, he argues that for crypto to rally, the Fed will need to cool down with its policies. 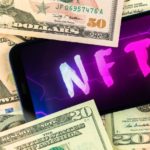