The cryptocurrency and bitcoin (BTC) markets slumped earlier on October 16, after the OKEx crypto exchange suspended all withdrawals without any previous warning. OKEx tweeted that withdrawals were suspended and the announcement sent a shockwave throughout the whole ecosystem.

OKEx said in their official announcement that their private key holder was cooperating with a public security bureau in investigations where necessary.

The company was allegedly out of touch with the concerned private key holder. Thus, the involved authorization could not be completed.

“Pursuant to 8.1 Service Change and Interruption of the Terms of Service, OKEx may change the Service and/or may also interrupt, suspend or terminate the service at any time with or without prior notice.”

Rumors started to surface about a Chinese regulatory crackdown on OKEx as Bloomberg had run a story highlighting on a thorough police investigation earlier in the day.

The founder of the exchange, Xu Mingxing, was taken away by police as mentioned by sources speaking to Caixin earlier today.

It seems like the previously-called “private key holders cooperating with the investigation” was referring to Xu.

The private keys holder at OKEx was ‘missing’

Xu has been missing from the company’s working group on social media for several days, according to the staff.

The source confirmed that Xu’s absence would affect various services, including withdrawals and all types of costs. This platform was affected since the boss has extensive control over expenditures. This source added:

“The platform will be affected unless someone can have his authorization.”

OKEx said that all the other functions remain normal and stable. They guaranteed the security of the users’ assets on the platform.

Back in September 2018, Xu was taken into custody for his alleged involvement with WFEE Coin. However, he hit back at these allegations of fraud by conflicting reports over why the police summoned him for 24 hours.

Xu who doubles up as the CEO of OKCoin encountered issues at his hotel from several ‘investors’ allegedly linked to WFEE Coin. WFEE Coin was a blockchain WiFi sharing platform they said Xu held shares in.

Suspected illegal activity by WFEE led to those affected to seek justice. They alerted Shanghai police who, in turn, brought in Xu to help in the investigations. A photo of a police report about Xu appeared to confirm the police operation.

Simultaneously, other sources alleged that investor dissatisfaction was connected to OKEx itself. They believed that the issues with WFEE were caused by reported system crashes. Bit, OKEx on that ocassion denied that Xu had any equity involvement with WFEE. The COO Andy Cheung explained:

“Mr. Xu has no equity relationship with WFEE and its company. Though WFEE has acquired OKBC’s [OK Blockchain Capital] and several other capitals’ investment, the afterward changes of WFEE white paper and team members have not been given notice to OKBC.”

OK Blockchain Capital also said that Xu was not a shareholder of WFEE. On his part, Xu denied involvement in any wrongdoing. 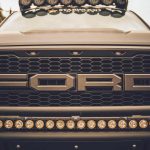