With talks of an ensuing recession looming above the markets, investors may be looking for industries and stocks that could be resilient during a downturn. The answer to these issues could be located among the videogame company stocks.

The videogame sector produced double-digit growth during crisis periods in 2001, 2008, and 2009 financial slumps. It seems as if consumers are flocking to video games during recessions, as they represent a cheaper form of entertainment.

Among the video game stocks, tech giant Sony (NYSE: SONY) stands out as the largest video game console company and the biggest video game publisher. At the same time, the company also recently received an upgrade from Macquarie’s Damian Thong on Friday, July 8.

Moreover, the company raised its full-year guidance, expecting sales to increase to ¥11.4 trillion (~82.8 billion) compared to the previous expectations of ¥9.9 trillion (~$71.9 billion).

Notably, year-to-date (YTD), the shares are down over 34%, potentially providing a solid entry for long-term investors, despite the negative trend for SONY.

Prices have been consolidating lately, and the volatility has been reduced with a support line formed at $81.68, whereas the resistance line being established at $82.74.

Comparably, analysts are rating the shares as a moderate buy, predicting that the average price the shares could reach in the next 12 months is $125, 52.05% higher than the current price of $82.21 as they also see more room to run in this dull market.

Finally, the gaming industry has seen a number of mergers and acquisitions (M&A) which should further consolidate the sector. Consolidation should raise the barriers to entry, possibly giving larger companies a better competitive moat.

Investors seeking market niches that may emerge stronger from a prospective recession may consider attractive margins and growth to be the be-all and end-all of their investment criteria. 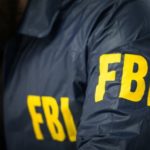