Second-ranked cryptocurrency Ethereum appears to have found a short-term footing with the asset recording an increase in capital inflows.

Between March 20 and March 27, Ethereum’s market cap has gained about $31 billion, from $346.7 billion to $377.1 billion amid the anticipation around the Proof of Stake (PoS) upgrade.

Although the market will monitor if the recent gains will extend, Ethereum has sustained the capital inflow for two weeks. The bullishness was awakened from March 15 after the successful launch of the Ethereum “merge” on the Kiln testnet, with experts attributing the upgrade to the rally.

PoS will enable investors to stake Ether, an ability that will likely attract more players to the platform. Additionally, the PoS protocol will significantly lower Ethreum’s power consumption and have a higher appeal among institutional investors concerned with the Environmental, Social, and Governance (ESG).

Worth noting is that the asset has outshined Bitcoin over the same period, which has recorded fluctuations in market cap.

Drivers for interest in Ethereum

According to FalconX’s Head of Institutional Coverage, Aya Kantorovich, the excitement around the upgrade is driving interest in Ethereum.

Besides the upgrade, Kantrorovich also linked the growth to other market activities like the bullishness around Bitcoin.

She stated that capital inflow might also result from hedge funds and retail investors taking their profit share off of Bitcoin and transferring it into Ethereum.

Furthermore, Kantorovich noted that despite Bitcoin trading in the shadow of Ethereum, the number one ranked cryptocurrency is recording a drop in volatility.

She stated that institutional players are now influencing Bitcoin’s price, hence the recent trading in correlation with equities.

“And so we are seeing that volatility drop, which really needs mass adoption, both with what we’re seeing across the desk. You are starting to see Bitcoin trade very similar to some of the assets in traditional finance. In general, there’s more liquidity in the markets and the price of Bitcoin being driven by institutions,” she said.

Although Ethereum currently occupies a lower market share, some analysts believe that the blockchain’s continued development will position it to surpass Bitcoin. Overall, Bitcoin’s market dominance is a key aspect to monitor, with the metric standing at slightly above 40%. 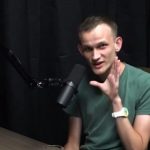