Despite social media giant Facebook receiving negative press recently, the platform, alongside its affiliate apps, plays a crucial role in users’ digital lives. For instance, Facebook’s main platform is an integral player in news dissemination for most Americans.

According to data acquired by Finbold, Facebook leads as the main source of news for Americans with a share of 31%, followed by YouTube at 22%. Twitter ranks third with a share of 13%. Instagram is fourth, with 11% of Americans depending on the photo-sharing platform for news. The findings on Americans’ news sources are based on Pew Research study that surveyed 11,178 adults in the U.S. between July 26 to Aug. 8, 2021.

Furthermore, Facebook’s dominance in the social media scene is highlighted by the number of users it can reach through its apps at approximately 3.5 billion as of Q2 2021, based on the last reported figures by the company. By the second quarter of the year, Facebook had 2.9 billion users, while as of Q1 2021, WhatsApp had 2 billion users.

Facebook’s position as a leading source of news for most Americans is a direct result of its popularity. Over the years, Facebook has risen in popularity mainly through combining aspects of everyday web surfing alongside an interpersonal element. Facebook also entails diverse content covering various regions globally.

Furthermore, Facebook has emerged as a significant point of convergence for organizations in the news space. Overall, Facebook and social media are now a part of the news diet. Currently, almost all news organizations rely on social media to either report news stories or promote those stories. Therefore, sharing news on social media enables users to get a recap of the stories they missed or wanting to save time.

Notably, with Facebook being a critical source of news, the platform has come under significant criticism. The company is under the spot for doing little to stop misinformation on its apps. Recently, a whistleblower came out indicating that the company was misleading the public on handling misinformation.

It is alleged that Facebook’s research shows that it amplifies hate, misinformation, and political unrest. However, the company is accused of not acting on the information over what is termed ‘bad for business.’ The firm’s former product manager, Frances Haugen, claims that Facebook is aware of some of its adverse impacts on society.

The misinformation aspect has been more dominant in the political scene, with several lawmakers globally stating that besides eroding democracy, the company is also harming children while stoking divisions.

Recently Facebook suffered a six-hour outage on its platforms, leaving its global base of users without services. The outage highlighted the risks of relying on social networking products, an incident that saw European regulators’ drive to contain its reach.

The outage also impacted the company’s financial outlook, wiping out almost $50 billion in market capitalization. Founder Mark Zuckerberg described the outage as the worst ever while maintaining that the accusation of the company does not make sense.

Consequently, the spotlight has once again focused on the firm’s dominance. The crash saw messaging platforms like Telegram reportedly recording an influx of new users. Founder Pavel Durov said that the app registered about 70 million new users. 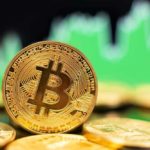