Following Tesla’s (NASDAQ: TSLA) CEO, Elon Musk’s announcement that the company will make some of its “merch” buyable with Dogecoin (DOGE) on December 14, the meme coin has once again climbed back into the top 10 cryptocurrencies by market cap.

Musk, who is a renowned Dogecoin advocate, broke the news in a tweet via his Twitter account, which led the cryptocurrency to shoot up in value $4.63 billion in the space of 6 minutes from $21.20 billion to $25.83 billion.

Now the dog coin has climbed above Terra (LUNA) into the top 10 cryptocurrencies by market worth. Currently, Doge is trading at $0.1907, up 18.32% in the last 24 hours and 4.92% in the previous week, with a market capitalization of $25.3 billion, according to CoinMarketCap data.

Notably, Dogecoin was trading flat before spiking off the back of the announcement, climbing as high as $0.2175 before setting down at its current price.

Furthermore, Doge is now the most traded token by the top 1000 Binance Smart Chain (BSC) wallets in the last 24 hours.

It’s also worth mentioning that Elon Musk, in a recent interview with TIME magazine after being named “TIME Person of the Year,” commented on the benefits of Dogecoin against Bitcoin as a transactional currency:

“It is slightly inflationary but that inflationary number is a fixed number as opposed to a percentage right. So that means over time its percentage inflation actually decreases and that’s actually good because it encourages people to spend rather than sort of hoard it as a store of value.”

As a result of rising inflation and economic uncertainty, the cryptocurrency market has witnessed an astonishing year-to-date gain, with Dogecoin being among the top ten trending news-related terms on Google Search in 2021.

Namely, celebrities such as Elon Musk, who promoted the meme coin on his Twitter account, contributed to its meteoric rise in 2021. 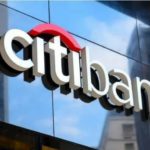