Despite the bear market affecting the digital asset industry this year, the adoption of cryptocurrency ATMs has continued to grow, powered by different factors.

Indeed, as of December 30, the number of installed crypto ATMs globally stood at 38,597, representing an addition of about 4,239 machines from the 34,358 recorded in January 2022, according to data by CoinATMRadar.

Notably, the growth of crypto ATMs comes after a previous Finbold report indicated that the number of installed machines stalled for the first time in September. Similarly, despite the volatile market, another report stated that the crypto ATM market will likely grow over 60% by 2030.

Furthermore, the prevailing bear market has generally impacted most businesses in the sector. Notably, most businesses, including ATM operators, have been forced to slow down in their growth trajectory, waiting for market conditions to stabilize.

The growth in crypto ATM adoption can be attributed to several factors. For one, using cryptocurrency for everyday transactions is becoming more common, with more businesses accepting digital currencies as payment.

In addition, the increasing awareness and understanding of cryptocurrency among the general public have led to a greater demand for convenient and accessible ways to buy and sell digital assets.

At the same time, the last crypto bull run of 2021 also contributed to the increased use of ATMs in different jurisdictions. Notably, using ATMs is crucial in promoting the adoption of digital assets, providing an alternative to traditional finance platforms.

However, it is worth mentioning that moving into 2023, if the bear market prevails, it will be interesting to monitor how the conditions impact the crypto ATMs’ outlook.

Besides the implication of the bear market, the crypto ATM space still faces a threat from regulatory scrutiny. For instance, some jurisdictions view crypto ATMs as conduits for laundering money.  In this line, the Federal Bureau of Investigation (FBI) issued a warning about crypto ATMs and QR codes being leveraged by hackers to deceive people. 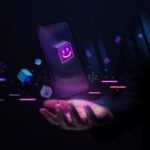