The payments giant PayPal (NASDAQ: PYPL) has nabbed an investment activist, and not just any, but allegedly Elliot Management. The news is that the investment activist firm is building a stake in PYPL, which has seen its shares jump over 7% in after-hours trading on July 26.

Despite being one of the pandemic winners, due to increased household spending on online shopping, year-to-date (YTD), the shares lost over 60% primarily due to a reduction in online spending, but also the forecast cut the company has made earlier this year.

While Finbold recently reported that an uptick in the stock might be linked with possible activist involvement, the news of an Elliot stake could make sense as the stock is now trading at 19 times forward earnings, below the five-year average of 36 times. Moreover, the succession plan of the soon-to-be-retired CEO could also be one of the reasons for an activist investor to get involved.

At the time of writing, the size of Elliot Management’s stake in PYPL is unknown.

In the last month, PYPL has been trading between $67.58 and $84.51, with a negative long-term trend but a recovering short-term trend. While it trades at the lower end of its 52-week range, possible entry points for long-term investors have been located.

As revealed by Bloomberg late last year, PayPal was allegedly exploring an acquisition of Pinterest (NYSE: PINS), and the firm has since given up on a possible buyout. However, Elliot Management recently took a stake in Pinterest; therefore, there could be speculations that Elliot might push for Pinterest to sell itself.

Whether or not PayPal decides to acquire Pinterest should take a back seat to the company’s efforts to get its growth back on track and discover new methods to monetize its products and services.

These aspects of the company have the potential to rekindle investors’ interest in the stock and bring it back to its former glory. 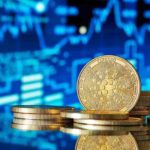 Can Cardano hit $1 by the end of August? Here’s what the crypto community says