Although the exposure to the cryptocurrency market by global banks is still relatively small, these financial institutions are slowly opening their doors to digital assets, with a new report by the Bank for International Settlements (BIS) listing the most popular cryptos among the banks that have reported crypto exposure.

As it happens, the two largest cryptocurrencies by market capitalization – Bitcoin (BTC) and Ethereum (ETH) – are in the lead, with 31% of the reported crypto asset exposure belonging to Bitcoin and 22% to Ethereum, as per the Basel III Monitoring Report by the BIS Basel Committee on Banking Supervision (BCBS) published on September 30.

Most popular cryptos among banks

The BIS explains that:

“These exposures would likely be classified as Group 2 cryptoassets under the current consultative proposal of the Basel Committee. Banks also reported, in smaller amounts, a stablecoin (USD coin) and tokenized assets.” 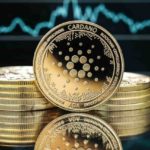 As a reminder, the BCBS had made a proposal in late June for limiting the banks’ total exposures to “Group 2 cryptossets to 1% of Tier 1 capital” in its consultative document titled “Second consultation on the prudential treatment of cryptoassets.”

At the same time, the institution continues to take a skeptical stance toward digital assets, stating that it “cannot fulfill the social role of money,” as well as warning that the crypto sell-off had indicated the materialization of its predictions about the hazards of decentralized finance (DeFi).

Meanwhile, Finbold earlier reported on the BIS’s findings that the global banks’ total exposure to cryptocurrencies amounted to approximately €9.4 billion ($9.18 billion) or only 0.01% “when considering the whole sample of banks included in the Basel III monitoring exercise.” 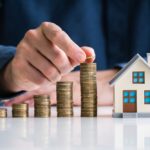