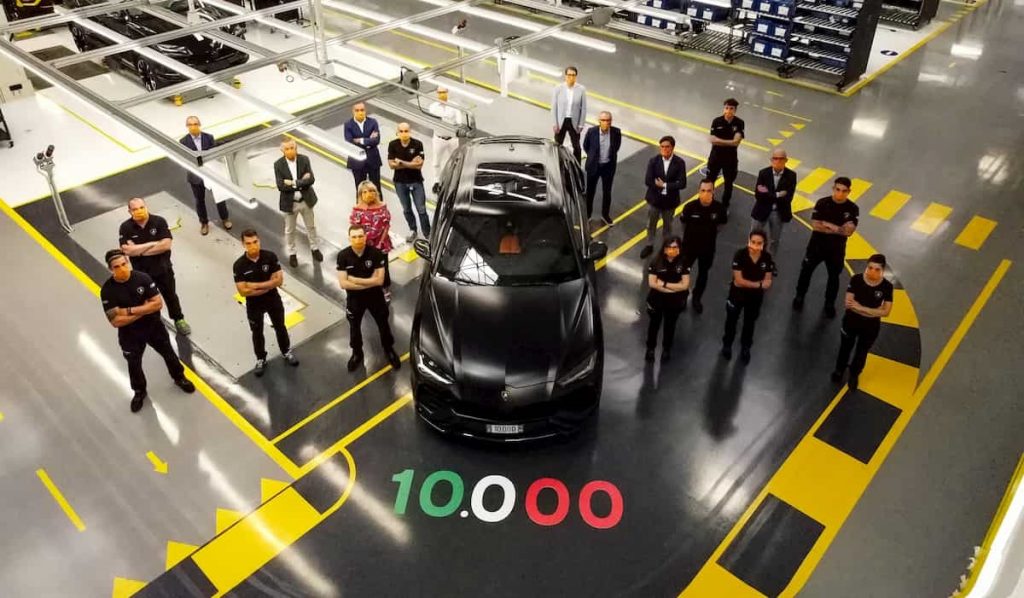 On July 21, about two years since its market introduction, the Urus, the Lamborghini Super SUV, reached a major milestone. The model’s 10,000th car was manufactured according to official records from Lamborghini.

The specific vehicle with chassis number 10,000 comes in the Nero Noctis Matt (black) color. It features the carbon fiber package coupled with two-tone Ad Personam interiors in black and orange and enhanced by carbon fiber components. This vehicle is destined for Russia.

In June 2020, Lamborghini presented a new color collection for the Super SUV. The new collection was meant to enable customers to express their personalities further through the cars they own.

This Urus also offers combines a rear diffuser, spoiler lip, glossy black roof, and other details. Lamborghini said that its Urus Pearl Capsule is an optional extra for Model Year 2021 and comes in a wide range of new features and colors.

The Urus has contributed considerably to the surge in Automobili Lamborghini sales since its introduction in December 2017. 4,962 units were delivered to customers in 2019 which was the first full year that the Urus was available on the market.

Notably, the Automobili Lamborghini headquarters site expanded from 80,000 to 160,000 m2 in 2017. That expansion happened in preparation for the launch of the design of its third model.

The assembly line dedicated wholly to the Super SUV, Manifattura Lamborghini, operates mainly on the so-called Factory 4.0 model. It integrates new production technologies to increase efficiency among workers in the entire assembly operations.

Last year a paint shop opened dedicated fully to the Urus. The paint shop features the use and further evolution of the Factory 4.0 model. Just like the production line, it integrates new technologies like Artificial Intelligence (AI).