In light of an ongoing debate over the impact that Bitcoin (BTC) mining has on the environment, the Bitcoin Mining Council (BMC) has presented new facts that assert how negligible this effect is.

Indeed, one of the conclusions of the BMC’s ‘Global Bitcoin Mining Data Review’ for Q3 2022 is that global BTC mining consumes only 0.16% of the world’s energy production, as presented in a video streamed on October 18.

According to the BMC founder and former MicroStrategy CEO Michael Saylor:

“Bitcoin uses an inconsequential amount of global energy. The number this quarter is 16 basis points (bps) of the world’s energy or 0.16%.”

Specifically, the total amount of energy utilized worldwide is 165,317 TWh, whereas BTC mining only uses 266 TWh of that energy. In Saylor’s words, one-third of the total global energy use is actually wasted energy, it is not possible to utilize it, with Bitcoin accounting for “just a small fraction” of this.

Comparing this energy use with that of other industries, the report also concluded that Bitcoin mining utilizes less energy than residential and non-residential buildings, construction, aviation, household appliances in the United States, as well as gold mining.

Saylor explained that, for six quarters in a row, Bitcoin has been the industry leader in sustainability, running on a 59.4% sustainable energy mix. As he stressed:

“It’s hard to find any other industry that runs such a high percentage of sustainable energy as Bitcoin.”

Finally, the study also found that global Bitcoin mining accounts for only 0.1% of the world’s CO2 production. As Saylor commented:

“It also generates negligible carbon emissions – 10bps. So 99.9% of the carbon in the world that we can track comes from something other than Bitcoin. (…) In fact, every industry generates more CO2.”

Interestingly, this is slightly higher than CoinShares’ report from January which put the figure at 0.08%, as Finbold reported at the time.

Watch the full video of the briefing below: 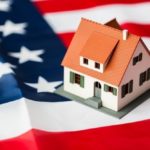 Zillow expects home values to rise in the next 12 months