The author of the personal finance book ‘Rich Dad, Poor Dad’ Robert Kiyosaki, has shared his views on the best assets investors can opt for while suggesting that the end of ‘fake’ money is near.

According to Kiyosaki, the end to fake dollars is highlighted by the alleged scarcity of gold and silver coins. In a tweet on September 20, Kiyosaki suggested that investors can stay safe by investing in silver which he noted is likely to rally towards $500.

“Called Jerry Williams, my trusted gold and silver dealer. He said “I can’t get gold or silver coins. The mint will not sell me anymore.” To me this means the end of FAKE $ is here. As stated in earlier tweet silver going to $100 to $500. Get some. Protect yourself,” said Kiyosaki.

Kiyosaki’s bullish stand on silver comes after he previously stated that gold is expensive, making it an undesirable investment asset in the current market conditions.

At the same time, in a tweet on September 25, Kiyosaki reiterated his objection to the Federal Reserve policies in a bid to contain the skyrocketing inflation. He believes that the Fed is responsible for the rising inflation, with the institution resorting to increasing interest rates.

The author also pointed out that the Fed policies will likely destroy the United States economy while calling on investors to put their funds behind real money. He cited Bitcoin (BTC), gold, and silver as formidable assets to invest in.

Notably, Kiyosaki has maintained that the biggest market crash in world history is coming while rooting for gold, silver, and Bitcoin. As reported by Finbold on September 14, Kiyosaki stated that Bitcoin is in line to undergo a significant revolution.

Furthermore, Kiyosaki has recently shared his opinion on the ongoing United States cryptocurrency regulation push. This is after the White House released an Executive Order directing Federal agencies to study the development of digital assets.

Consequently, the directive culminated in the White House releasing its first-ever crypto regulation framework that stressed the importance of having laws to protect consumers due to risks involved with digital assets.

One of the fronted proposals is to establish central bank-issued digital currency (CBDC) to counter the influence of private digital assets. However, Kiyosaki warned that the directive by Biden towards crypto regulations could be equated to Orwell’s totalitarian vision in 1984.

In particular, Kiyosaki believes that the idea of CBDC can be viewed as the Federal Reserve’s spyware. 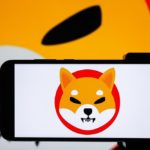