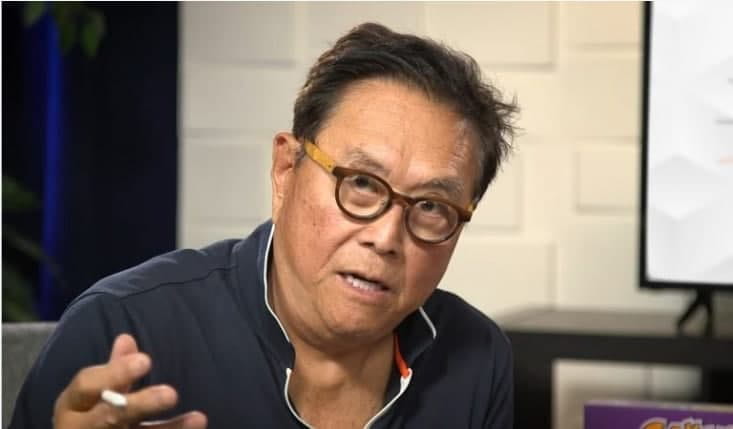 Businessman and author of the personal finance book “Rich Dad, Poor Dad,” Robert Kiyosaki has not held back in his recent criticism of the government, with rising food, energy, and fuel costs topped off by inflation.

The renowned investor has been vocal on Twitter recently and highlighted on April 13 that the similarities he forecasted in his book the ‘Capitalist Manifesto’ are coming to fruition under the current government.

“Hate to say “I TOLD YOU SO” yet I did. In latest book Capitalist Manifesto, I warned “Civil Unrest” & “Terrorism” will breakout in America. Mass Shooting in Brooklyn this morning just the start. Take care. Find a safe place to live, know your neighbors, arm. Revolution has begun.”

On the matter of the Federal Reserve printing trillions of dollars of “fake money,” Kiyosaki has previously warned that this effect on the economy is ramping up inflation something the businessman fears could “wipe out 50% of the U.S. population.”

Note this is not the first time the well-known author has blamed Joe Biden for inflation, warning about the impending demise of the United States currency, and stating that the US  is living in the largest bubble in history with a “crash and depression coming” as fake inflation accelerates.

Furthermore, he said 401(k)s and pensions would fail if and when the stock market crashes.  While taking the U.S. off of the pipeline has had a negative impact on food prices, he observed.

“When Biden took the U.S. off the pipeline, oil prices went up. Oil produces fertilizer, and when fertilizer is no longer cheap, people can’t produce food, and the average American has nothing. 40% of Americans have nothing inflation is going to make them very upset.”

Notably, US inflation climbed to 8.5% in March, the highest rate since 1981. The ongoing conflict in Ukraine is driving higher energy prices, while data reinforce projections. It is expected that the Federal Reserve will hike interest rates next month.

Earlier this month, the Consumer Price Index (CPI), which monitors the costs of a basket of goods and services, showed that the index had risen by 7.9% in the year through February, marking the highest rate of annual inflation in 40 years.

Inflation in the United States has reached levels not seen since Ronald Reagan took over as president from Jimmy Carter in 1981, fueled by persisting supply chain issues, increasing demand, and rising energy costs.

The price hikes are widespread – with the cost of rent, petrol, and food creating particular difficulty for lower-income Americans – and constitute a huge setback for the Biden administration, which is already facing long odds of keeping control of Congress in November’s midterm elections.