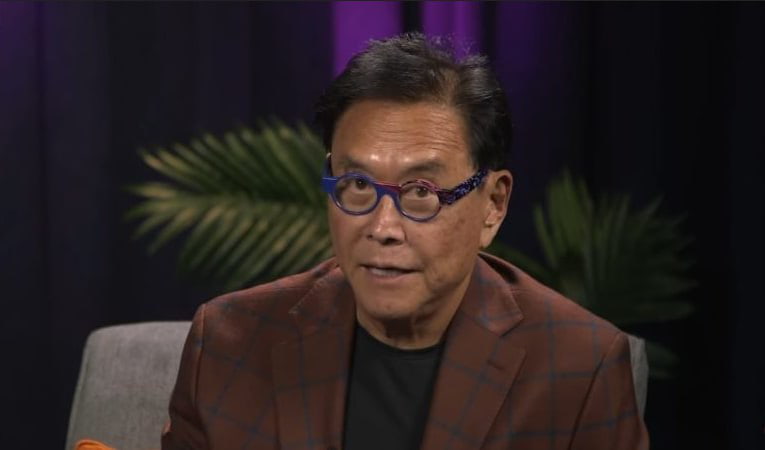 Some analysts feel that the dollar and markets are on the verge of collapse due to rising food, oil, and energy prices, as well as widespread inflation.

Speaking with Daniela Cambone from Stansberry Research, businessman and author of the personal finance book “Rich Dad, Poor Dad,” Robert Kiyosaki warned that rising inflation is a sign of a major crisis that is only going to get worse and that “the repo market has inverted again,” indicating that a recession is on the horizon.

“As we all know America produces nothing anymore. We produce bubbles you know. We just blow air bubbles so we now have this bubble in real estate, stocks, and bonds. Then when Biden took the keystone pipeline xl pipeline off that just wiped us out here.”

The author highlights if and when the stock market crashes, the 401k will fail, and a retirement plan and pensions will be unpayable.

He also noted the effects of taking the U.S. off the pipeline with rising food prices becoming a serious issue.

“When Biden took the U.S. off the pipeline, oil prices went up. Oil produces fertilizer, and when fertilizer is no longer cheap, people can’t produce food, and the average American has nothing. 40% of Americans have nothing inflation is going to make them very upset; a stock market crash will bring down the baby boomers, so we’re in serious, serious trouble.”

Discussing investing in cryptocurrencies to protect yourself, such as Bitcoin, Ethereum, and Solana with the U.S. dollar about to implode, he said:

“The best deals are always done early so when people say do you invest in Bitcoin yes when it was six thousand dollars so Solana is still early and it’s got a possibility it’s a long shot.”

Finally, he said if they go to the government crypto, he believes at that point, they’re going to be knowing everything you’re doing, and he already doesn’t trust this government.