The cryptocurrency market has been struggling with a red streak for weeks, and, at the same time, its largest asset – Bitcoin (BTC) – has been stuck in a sideways trading pattern as it keeps failing to hold above the psychological level of $17,000.

With this in mind, Bitcoin trading in a possible range between $10,000 – $14,000 would not be the max pain for most crypto traders, but the ‘real max pain’ would be price moving inside a $500 range for months, crypto expert Mags noted in a tweet on December 12.

According to Mags’ chart that includes the prediction of possible Bitcoin price action in 2023, the flagship asset could be stuck around $17,000 for a long time, which would result in most investors losing a large portion of their capital.

As the analyst explained:

“$10k – $14k won’t be Max pain for majority because most of you are prepared for it! The real max pain is price moving inside a $500 range for months. Most of the people will end up eroding large portion of their capital by over-trading a ±2% flat Range.”

At the same time, Robert Kiyosaki, author of the personal finance book “Rich Dad Poor Dad,” has suggested that Bitcoin holders ‘will get richer’ in the future even with the possibility of the Federal Reserve printing trillions of dollars.

Meanwhile, Bitcoin investors are holding their breath as both the Consumer Price Index (CPI) and the meeting of the Federal Open Market Committee (FOMC) are due this week, the results of which could have a significant effect on the price of the maiden digital asset.

With its market capitalization standing at $326.38 billion, Bitcoin remains the largest cryptocurrency by this indicator, followed by Ethereum (ETH) in second place and nearly half the market cap amount. 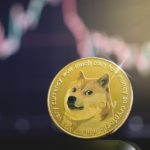 $1 billion leaves Dogecoin market cap in a day; What's next for DOGE?