Some countries are looking to jump on the crypto bandwagon and are mulling the creation of national stablecoins, despite occasional setbacks, such as the bankruptcies and arrests among some of its previously prominent players.

One of the governments eyeing this endeavor is that of the Republic of Palau, with its president Surangel S. Whipps Jr. stating that the country’s IT team was actively working with blockchain company Ripple Labs, exploring the possibility of launching a “national stablecoin,” as he told Bloomberg’s Joanna Ossinger in September.

Discussing Palau’s digital asset strategy, the president of the archipelago of over 500 islands, which is a part of the Micronesia region in the western Pacific Ocean, explained that such a small country had to diversify its economy, look at ways in which it could be more innovative, and “take advantage of new technologies,” referring to the passing of the Digital Residency Act as one of the examples of these efforts.

As the president added:

“Palau is also taking a step in collaborating with Ripple to explore the creation of national stablecoin, which we hope to launch soon, and which will help make payments easy and secure.”

Furthermore, Whipps Jr. highlighted the support from Binance CEO Changpeng Zhao, who visited Palau and with whom he discussed the possible collaboration on the digital residency program, “as well as making use of Binance Pay to make digital payments for digital residents, but also participating in the local commerce.”

On top of that, the president of Palau stressed that he had a virtual meeting with Ethereum (ETH) co-founder Vitalik Buterin and that they discussed the option of opening up the R&S ID ecosystem to the developer community and “see how Palau’s digital residency can engage with the concept of so-bound ID systems.”

Symbiosis with rest of cryptos

Asked by Ossinger if he believes that the Central Bank Digital Currency (CBDC) efforts would be symbiotic with the private or decentralized crypto ecosystem or possibly compete with each other, he stated that:

“We think that they’re symbiotic and they can complement each other. In fact, CBDCs is an idea that really has come out of cryptocurrencies and blockchain technology. Palau itself, we don’t have a Central Bank that’s established, we use USD as an official currency. In developing our collaboration with Ripple, our goal is to have a USD-backed stablecoin, which is really a step toward our own CBDC, you could say.

As a reminder, thanks to the cooperation with Binance, Palau back in January introduced its Root Name System (RNS) Digital Residency program, which foresees issuing ID cards to digital residents in the form of non-fungible tokens (NFTs) on the BNB Chain. 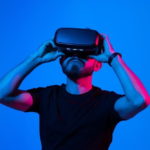