The broader markets had another up-and-down movement last week, where a slight recovery early was ruined by a large drop towards the end of the week. Inflation worries are pushing investors into a corner as more aggressive responses are awaited by the Federal Reserve (Fed), which is, in turn, pressuring assets, even safe heaven ones, like gold.

Moreover, Goldman Sachs (NYSE: GS) analysts recently released data on the flow of money from stocks into money market funds, where $89 billion worth of money market inflows were seen, the largest inflow into cash since April 8, 2020, where $102 billion inflows were recorded.

Further, money market funds represent open-ended fund that focuses their investments on short-term fixed-income securities, for example, U.S. treasury bills or commercial paper. Large inflows into these funds signal a rotation from risk assets into cash and are often taken as a sign of a possible capitulation in the markets by investors.

In addition, Goldman saw selling in both stocks and bonds, where bonds saw $18 billion in outflow, making it the second biggest since April 1, 2020. 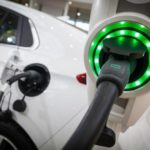 Goldman’s analyst, Scott Rubner, wrote in a note to clients that these inflows are “a massive move” and that Q3 quarterly statements of retail investors finally had them ‘blinking,’ possibly signaling that capitulation is coming.

“Do not underestimate the significance of this new movement of cash (in addition to
selling darling single stocks AAPL (AAPL) and TSLA (TSLA).”

Earlier, other notable investors warned that the bottom in the markets had not been reached yet, but with this recent flight into cash, investors may be crashing the market to jump back in pretty soon once a perceived bottom has been touched.

Needless to say, 2022 will go down in market history books as one of the worst years for investments across the board, but if a bottom is to be reached soon, some recovery may still be in the cards. 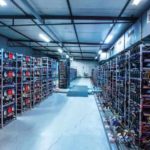