The global cryptocurrency market had increased by $80 billion in October, with most of the top 100 cryptocurrencies by market capitalization experiencing a price rise. Bitcoin (BTC) led the way, managing to seal its first green monthly candle since July, with the “Uptober” meme exceeding expectations.

In October, Bitcoin was the leading project on CoinMarketCap, with the most search and interest activity. Shiba Inu (SHIB) came in second, while Cardano (ADA) took the third spot on the list of the top 15 cryptocurrencies by popularity, according to statistics published by CryptoDiffer on November 2.

However, ADA was one of the four tokens out of the top 15 most popular that saw its price fall (7%). The price of Bitcoin increased by 6.49% during the last 30 days, while Shiba Inu increased by almost 8%, profiting from the price rally of Dogecoin (DOGE).

Notably, Dogecoin’s price changed in 30 days by 117.1%, the most significant increase out of all the coins across October. Interestingly, Phala, with a market cap of just $110 million, climbed 78.39% across the same period.

At the same time, GMX (GMX) and Gala (GALA), notably two other crypto tokens, ranked in the top 15 most popular coins are not in the top 100 cryptocurrencies ranked by market capitalization.

Analysis of the rankings

Given that Bitcoin is the flagship cryptocurrency with the largest market at $391.8 billion and a current price of $20,411, it comes as no surprise this was the most popular coin across the month.

Meanwhile, Dogecoin’s price was in the midst of a downward trend until Elon Musk backtracked and announced that he would purchase Twitter (NASDAQ: TWTR). Thus many consider that the recent surge in DOGE may be ascribed to the token’s potential use case on Twitter as a payment system, with the dog token reaching 1,000 DOGE-made millionaires after its price skyrocketed.

Other cryptocurrencies, such as interoperability-based crypto project Quant (QNT), had been among the stand-out digital assets gaining significantly on a bullish run. At the same time, CAKE’s price rose at various points across the month.

Now in November, it will be interesting to see how much the tokens’ popularity changes over the month. With Musk’s Twitter takeover still making headlines and Dogecoin’s price remaining volatile (currently down 7% on the day) while also being the most trending asset on the CoinMarketCap platform, it is expected that meme coins are expected to remain in the public eye for the short term. 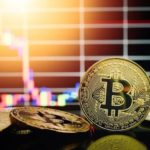