PancakeSwap’s (CAKE) token, which is based on the Binance Smart Chain (BSC), has had a solid week climbing as high as 7% amid a turbulent crypto market, leaving traders and investors to speculate whether it can challenge resistance once again at $4.90 and potentially break above $5.

Notably, CAKE reported on October 17 that it had recently burnt somewhat more than 6.8 million CAKE, reducing the circulating supply marginally. During that time, CAKE has climbed up 7.42% across the last week while also up 3.36% in the previous 24 hours to trade at $4.52, according to data retrieved by Finbold from CoinMarketCap.

Whatsmore, given the recent positive price movements, PancakeSwap has held on to an ascending support line on the 1-day chart, which has been in place since June 18.

After being rejected at the horizontal resistance zone of $4.90 on September 29, the price of the cryptocurrency CAKE has been going in the other direction ever since.

If the price continues to decline, the support levels closest to the current price are $4.08 and $3.50, with the targets in line with the resistance levels of the respective Fibonacci retracement levels of $0.382 and $0.618.

The decline also reinforced a negative divergence in the daily relative strength index (RSI), which is currently below 50 and may contribute to the heightened bearish sentiment around CAKE.

After recovering from the lows it reached in October, it was also helpful that the market saw some respite in the form of optimistic sentiment in the past 24 hours, strengthening CAKE’s upward potential. Therefore, investors should anticipate that the present trajectory will continue, particularly if circumstances continue to be favorable.

At press time, the one-day technical analysis (TA) summary demonstrates a solid ‘buy’ sentiment at 11, with ‘neutral’ at 9, and a sell’ sentiment at 4. Furthermore, the oscillators are in the ‘neutral’ zone at 8, with one expressing sell and 2 ‘buy’ only one ‘sell.’

Regarding moving averages (MA), technical indicators are looking at a ‘buy’ sentiment at 9.

Several cryptocurrencies use coin burn methods to reduce inflation, which may benefit the currency’s price if enough coins are burned.

However, the 6.8 million CAKE coins burned were less than one percent of the overall quantity. Therefore, in the broad scheme of things, it’s possible that the burnt tokens won’t be enough to cause a significant price change.

On the other hand, it would seem that investors have responded favorably, at least in the near term, to the announcement of the token burn. For instance, in eighth place, CAKE ranks among the top 10 DeFi projects by social activity on October 20, 2022, which considers social mentions, engagement, and dominance.

Ultimately, CAKE may be able to unlock further value in the long run, especially in the event that the tokens are burned regularly. 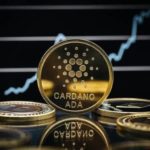