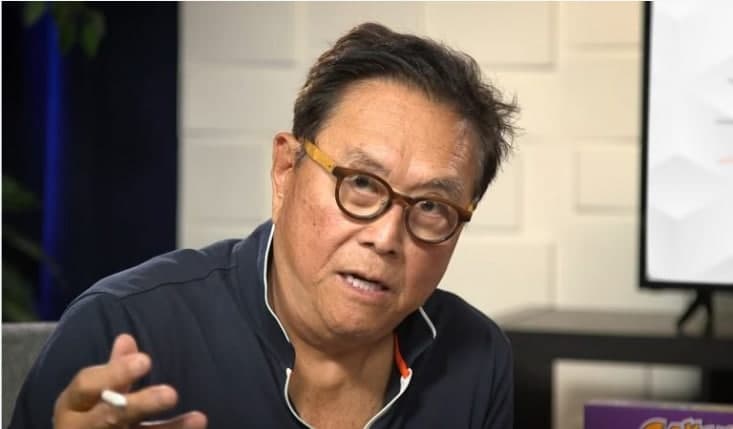 American businessman and author of the personal finance book “Rich Dad Poor Dad,” Robert Kiyosaki, has projected that bitcoin’s value will hit about $1.2 million in the next five years.

Speaking to Kitco News, Kiyosaki, however, said that despite investing in bitcoin and predicting a bullish future, he still prefers precious metals like gold and silver.

According to the author, bitcoin remains untested when compared to the precious metals.

“Bitcoin is still untested. But I have the wherewithal to withstand the hit if it goes down. But I love gold and silver, gold and silver are God’s money… I bought bitcoin at $9,000, and I thought I was being fleeced, but the reason I bought it at $9,000 was because COVID shut down the world economy…I think it’s going to $1.2 million in five more years,” said Kiyosaki.

Kiyosaki’s projection comes after he successfully predicted that bitcoin would surpass the $50,000 mark in 2021. He noted that his prediction was not mainly based on bitcoin’s strength but the weakness of the U.S. economy. By press time, the asset was trading at $58,968, according to data provided by CoinMarketCap.

Kiyosaki further warned that the United States is highly devaluing the dollar by printing excess money in stimulus packages. He said that the devaluation is giving bitcoin and gold more appeal.

According to Kiyosaki, the current economic status of the United States presents the perfect ground to invest in other assets like cryptocurrencies.

“The problem has grown too big, our pensions are going bust, baby boomers have no money, they shut down the economy. The system is forcing all of us to become gold and silver and possibly crypto buyers right now,” Kiyosaki added.

He termed the stimulus packages as free money that impoverishes the poor and middle class. The author, therefore, recommends investing in bitcoin and gold.

Watch the video: Robert Kiyosaki: Bitcoin will be over $1 million in 5 years but I still prefer gold and silver