Robert Kiyosaki, an American businessman and author of the personal finance book “Rich Dad Poor Dad“, predicts another Bitcoin milestone in 2021. The author believes that the asset’s price is headed towards the $50,000 mark.

His sentiments come after the Bitcoin price surged by 4.88% to $19,297 at the time of writing. In a tweet, he shared his delight of investing in Bitcoin early since he views a bright future for the asset.

With the cryptocurrency space witnessing a surge of institutional investors, Kiyosaki called on investors who missed out on Bitcoin to buy Silver. The author predicts a rise in Silver price if the United States adopts the Green New Deal bill fronted by Rep. Alexandria Ocasio-Cortez.

Kiyosaki notes that Silver and Bitcoin will have great returns for early investors. Interestingly, the businessman has Gold on his list of worth assets for investors. According to Kiyosaki:

Initially, the author indicated that he would invest in Bitcoin and Gold with his stimulus check. Kiyosaki noted that the U.S. Dollar is not reliable money as it is controlled by a group of rich people who created it.

Kiyosaki adds to the growing list of prominent figures in the financial world to endorse Bitcoin. For instance, Bridgewater Associates billionaire founder Ray Dalio now considers Bitcoin and other cryptocurrencies to have established themselves to become gold-like asset alternatives.

Dalio’s sentiments come barely a month after calling out Bitcoin’s volatility as the main reason why it cannot be an alternative source of wealth. He even projected a ban by governments globally.

Cryptocurrency proponents strongly believe Bitcoin is an effective alternative to Gold. Notably, activities from leading economies appear to be backing the assertion.

Most Russians withdrew about $13.4 billion cash from banks’ ATMs in March. Also, there was the steepest devaluation of national currency for 18% in just one month.

Related video: The Coming Financial Crisis and the Return to Gold 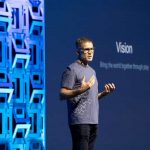