Brooks Entwistle, Senior Vice President of Global Customer Success, and Managing Director for Asia-Pacific (APAC) and Middle East and North Africa (MENA) at Ripple, has stated that the blockchain company is building its core business offerings outside the United States at a rapid rate.

According to Entwistle, the rapid expansion is guided by increasing opportunities globally, stating that the growth is yet to be affected by the ongoing regulatory concerns in the United States, he said during an interview with CoinDesk TV on January 18.

However, due to the current state of the crypto market, the executive stressed that Ripple’s expansion focuses on specific projects with potential through a targeted approach.

“We are building outside of the U.S. very rapidly, given the opportunities we see. We’re not going to try to chase shiny things this year. There is no room or time for that in this kind of environment,” he said.

Entwistle’s statement suggests that Ripple is looking to reduce its dependence on the U.S. market, where the regulatory environment for cryptocurrencies remains uncertain. Notably, the company is currently facing a legal hurdle with an existing lawsuit brought forth by the Securities and Exchange Commission (SEC).

In this regard, he noted that the company is working with regulators globally, focusing on friendly jurisdictions. He added that Ripple hopes that the U.S. regulators will come around and cooperate with the firm.

Part of the company’s global growth is centered around the ability to help banks roll out central bank digital currencies (CBDCs). Entwistle stated that Ripple is already in conversation with smaller central banks on the possibilities of designing CBDCs.

His statement comes as the lawsuit with the SEC enters its final stages. In the case, the regulator alleges that Ripple’s sales of XRP were unregistered securities offerings. Ripple has denied the allegations.

At the moment, both parties have made their final submissions, and the date for summary judgment remains uncertain. However, Entwistle hinted that the matter might be concluded this year as per insider information.

“We have done everything we can. We are confident in our position. We assume something may happen this year; we have word. <…> We are hopeful for a positive outcome,” he said.

It is worth mentioning that, ahead of the final ruling, legal experts have continued to offer various predictions of the possible outcome. Although initial commentary has centered on either side winning the case, a section of the industry also projects that there is room for both parties to settle. 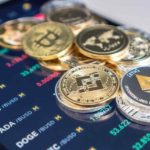